We are into the shortwave summer schedules now and this month will be looking at a few of the changes. We’ll also look at some innovative offshore radio stations on medium wave, as well as what to tune into on shortwave from the Middle East.


A09 schedules
Radio Bulgaria has eight broadcasts of thirty minutes each day in English (one programme which is then repeated). Five of these are aimed at western Europe, including one in DRM (Digital Radio Mondiale), and the remaining three at north America. Wake up to their 0630 UTC bulletin on 9600 and 11600 KHz. You can catch repeats at 1130, on 11700 and 15700 KHz; 1730 on 5900 and 7400 KHz (and 9400 on DRM), and finally 2100 UTC also on 5900 and 7400 KHz. Two of the more engaging programmes to listen out for are Walks and Talks and Time Out for Music. Reader Lindsey Branigan recently tuned into Sofia and heard a programme on how Macedonia was restored to the Ottoman Empire, and also enjoyed some inspired choral music.

Radio Canada International’s English service includes the following new schedule, but not all will be audible in Europe: 9515 KHz from 1505 to 1905 UTC via the Sackville transmitter; 1800 to 1900 UTC on 11765 and 17810 via Skelton in Cumbria, 17735 KHz via Sackville; from 2000 to 2100 UTC on 15235 and 17735 KHz (Sackville); and from 2305 UTC on 6100 KHz via Sackville. The high quality mainstay three programmes cover a range of news, features and music: The Link, Maple Leaf Mailbag and Masala Canada. Owen Rutherford in London tuned in on 13650 KHz for Maple Leaf Mailbag recently where guest host Mary Travis has been host. Regular host Ian Jones was away recording the video Maple Leaf Mailbag Rock and Road show. Spring was finally on the way but with some snow around the vast country. 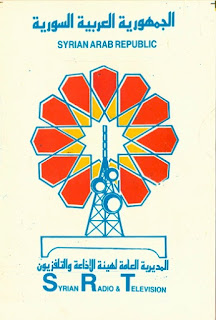 The ever useful “Broadcasts in English” 32 page A5 booklet for the summer season A09 is now available from the British DX Club. It lists, hour by hour, all known international broadcasts in English on shortwave and medium wave. Yours for £2.50 (if in UK) from BDXC, 10 Hemdean Hill, Caversham, Reading, RG4 7SB.

Middle East Feast
IRIB, the Islamic Republic of Iran’s state broadcaster, has been booming in on shortwave in English throughout the winter months. For summer its external service VOIRI (Voice of the Islamic Republic of Iran) has the following English to Europe schedule: 1930 to 2030 UTC on 5945 KHz (for Central Europe) with 6205 and 7205 KHz for Europe. With a thaw in relations in the air between Iran and the USA, it will be interesting to listen for any changes actually on the air. You can write to them by snail mail or email and they do QSL. IRIB English service, P.O Box No.19395-6767, Tehran, Islamic Republic of Iran. Email: Englishradio@irib.ir Programmes, as you would expect, contain news and a lot of politics, including much emphasis and views on the USA and the Middle East. Religion is also well represented with chants and Koran readings. However, some of the musical programmes make a refreshing change and it’s a good station to tune to from time to time to get a different perspective on life.

The state broadcaster, in the pre-1979 revolutionary days, was a very different affair. NIRT (National Iranian Radio and Television) began in 1966 as Tehran Radio before changing to NIRT International radio, aiming its broadcasts in the country and to neighbouring nations. This was mostly on medium wave and FM. With presenters and technical staff from Australia, the UK and the USA, it went on air on the Shah’s birthday. Wikipedia states that “music and all other programmes were in English and presented live in a calm, friendly manner similar to the output from British and North American local stations at that time, with a mixture of pop, rock, middle of the road, soul and oldies music interspersed with syndicated programmes: The American Country Countdown, The Wolfman Jack Show, Jim Pewter...”

Interestingly BBC Radio 4 recently aired a programme regarding the accusations of biased BBC reporting as Iran descended into revolution in 1979. Once-secret documents, now released under the 30 years rule, show that the BBC's Persian Service found itself attacked on all sides, with the most vociferous critics claiming that the Corporation was not simply reporting events but influencing them in favour of regime change. The BBC Press Office n also states that the Shah's government was notorious for its suppression of all opposition and its ambassador to London even advocated the blowing up of BBC boosting transmitters to stop the broadcasts.

After rather an on-off relationship with shortwave in recent years, Radio Kuwait has been heard again in English on its familiar 11990 KHz frequency. It can be heard from 1800 to 2100 UTC with its brand of inoffensive, if bland, western pop programming. The interesting identification that the station gives out sometimes includes a local FM frequency of 96.3 MHz. An Arabic service of the station can be heard on 13620, 13670 and 15110 KHz throughout the day and evenings, and is also on other times and frequencies. The station does sometimes send QSL cards, and has been known to give out stickers, calendars and other freebies. Their address is Radio Kuwait, Safat, PO Box 193, Kuwait City, Kuwait. Email: info@media.gov.kw

Radio Jordan’s English language service, which started back in 1956, is also hard to track down these days although it is listed in the 2009 World Radio and TV Handbook. It is easier to hear in Arabic, with its home service broadcasting from Amman 24 hours a day. 9890 KHz in the evenings in Europe is a good frequency to hear it and 11960 and 15290 KHz are others. Let me know if you hear any English.
Radio Damascus has an hour long evening broadcast in English, from 2100 UTC (this may have become 2000 UTC in the A09 season). The Syrian government-run station can be heard on 9330 KHz and 12085 KHz from the transmitting site of Adra, an industrial city 20 kms from the capital Damascus. Two 500kw transmitters are in use but they are rather old and not as effective as they should be. I rather like some of what this station’s output myself (but not all of it). Programmes include Arab Newsweek, Listeners Oversea, Culture Magazine, Social Perspective and Music From the Orient. Their address is Radio Damascus, P.O. Box 4702, Damascus, Syrian Arab Republic, and they issue QSL cards.

News round up
Radio Prague produces the perfect Sunday afternoon broadcast. The half hour slot consisting of news, Mailbox, Letter From Prague and Czech Books are not to missed. I second that, and regularly tune in to 5930 KHz at 1600 UTC and 1700 UTC; and 7345 and 9860 KHz at 0700 UTC.

Whilst in the Czech capital, those stalwart messengers of the US voice, Radio Free Liberty and Radio Free Europe, are now happily ensconced in new headquarters. Over 500 employees have moved to Hagibor, near Prague city centre. The five-storey broadcast centre features multimedia recording studios, interlinking offices, and a modern newsroom.

It is also energy efficient and one of the most secure buildings in Europe. Radio Free Liberty and Radio Free Europe President Jeffrey Gedmin states: "It allows us to stay ahead of the technological curve as we broadcast news and information to many places where authorities are hostile to free and independent media". RFE/RL is leaving its home of 15 years, once the Czechoslovak parliament building, which will become a National Museum building.

Dutch commercial stations Radio Seagull and Radio Waddenzee are going to broadcast from eight miles out at sea, just as they did last year. “One of the only two radio ships left in the world, the LV Jenni Baynton, will be anchoring in the Wadden Sea off Holland from May 20th to June 6th. This is not a private owned ship temporarily fitted out as a radio ship, but a real genuine radio ship. Radio Seagull (together with sister station Radio Waddenzee) broadcast on 1602 KHz. The ship, home of both stations, is usually moored alongside a pier in the small Dutch seaport of Harlingen.

Once a year the ship is towed out to sea, staffed with DJs and engineers, and broadcasts using the ship's transmitter. You can even visit the ship out at sea this spring. Send an email to radioseagull@home.nl or telephone 0031-628 34 97 78 and leave name and number or send a text message.

Pirate station Laser Hot Hits is back on 4025 kHz in the 75 metre band after an absence of a few months. The station started in 1993 on FM in London, adding shortwave a year later. Laser are a well known weekend and evening broadcaster amongst the pirate stations and many fans listen in for a variety of mostly rock music. DJs include Tony James, Martin Scott, Mike Andrews and Stewart Ross.

Finally, RTE in Dublin now have a daily shortwave radio broadcast aimed at the thousands of Irish living in Africa. From 1930 UTC on 6220 KHz via Meyerton on South Africa. Reception of this new service has been heard throughout Europe. 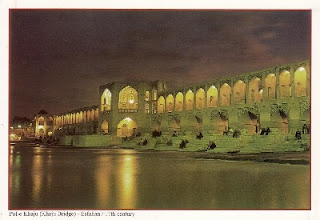