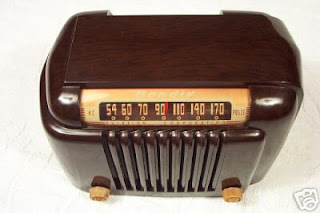 This month we have another fine selection box of various radio websites.

Online Radio Time
We start with some programmes for you to listen to at your leisure with the Radio Time website: http://www.radiotime.com/ (not to be confused with the famous BBC publication of a similar name which has full listings and far more, and free of charge, at: http://www.radiotimes.com/ ) Radio Time -Your guide to radio- is a North American venture which links you to a huge range of audio from all manner of radio stations. Starting at the home page there is an ever changing panel of six featured stations. You can click on any of these and almost instantaneously you are listening to sounds such as 917 Radio in Milwaukee; The Mountain from Tucson, Arizona; sport from ESPN in Bristol Connecticut or KQED Talk radio in San Francisco. All of these were stations I spent a happy half hour with. Other sections at the website provide you with links to radio stations described as talk, music, or world. It’s guaranteed to keep you amused for many an hour.

Affiliated to this website is a link to PRI Radio Shows at: http://radiotime.com/affiliate/a_33775/program/PRI_Radio_Shows.aspx
You can even record some of these programmes by downloading software called Red Button. It consists of a 14 day free trial before you have to buy it for $29, something I have done myself.

PRI stands for Public Radio International which is a host and distributor of hundreds of leading radio programmes of great interest. My recommendations would include David Dyes’ Conversations from the World Café magazine show, Let the Good Times Roll with Chicago soul singer Jerry "The Iceman" Butler, and Music from Chautaqua, which is an annual, century old, lakeside gathering of classical musicians in upstate New York. Listen for yourself at: http://www.pri.org/

Another American radio station I have become a big fan of is KIFM Smooth Jazz 98.1 in San Diego, California. Jazz and new age music are the staple diet here, and there is lots to hear online, as well as read: http://www.smoothjazznow.com/radio_san_diego_kifm_98.htm
Along with the live online listening option there is a fascinating feature whereby you can click on new CD releases and musicians, and hear long extracts from them. You are then one click away from purchasing online. A very useful feature. I enjoyed the latest offering from guitarist Daryl Stuermer, as well as reading up on his long career and other musical involvement, which has included being a touring guitarist with Genesis since the 1980s: http://www.blogger.com/www.darylstuermer.com

Festive Fifty and famous folk
You are never far from famous people on the web, even when they are sadly no longer with us. An example of this is the much missed DJ John Peel. “Generally acknowledged as the single most important figure in contemporary music over the last half a century.” Amongst the many websites about him, including some on MySpace are: John Peel A Tribute at: http://www.myspace.com/johnpeel ; and John Peel Day Inverness: http://www.myspace.com/johnpeelinverness
There is a John Peel blog at: http://johnpeeleveryday.blogspot.com/2006/03/last-broadcast.html which includes him working in his home studio.

John was famous, amongst many other things, for his annual Festive Fifty on BBC Radio One. This was a countdown of listeners’ favourites of the year, and usually had an exciting and alternative feel with many independent record labels represented. Dandelion Radio has taken up the gauntlet for this and is compiling a Festive Fifty. Read and hear it at http://www.dandelionradio.com/ or http://www.myspace.com/dandelionradio

Nigel Rees is well known for his role on Radio 4’s Quote Unquote programme and there is an official website set up by him at: http://www1c.btwebworld.com/quote-unquote/ Despite its early 1990s design (and many would say there is nothing wrong with that), the website is updated regularly with news of the show and its participants.


A mixed bag
So many sites, so little time! Here’s a round up of some of many websites I have ended 2007 becoming familiar with:


How about some Shortwave Audio from all over the world. Hear what other listeners are hearing on the Shortwave Radio, Amateur Radio HF, VHF and UHF bands in MP3 or Streaming format. A far from run of the mill website, which even Links to a You Tube clip listening to radio in Mongolia (or so it says). There are also audio and video tutorials on what to hear, Radio Netherlands audio (whilst actually watching a radio) and more fun!: http://www.shortwaveaudio.com/

A rather unusual and intriguing blog entitled ‘Love in the key of longbrake’ is yours to peruse at: http://www.thelongbrake.com/blog/ and especially the section at: http://www.thelongbrake.com/blog/2007/02/08/watch-out-malaysia-youre-next/
Lots of random thoughts on writing, South America, Fort Wayne library in minus 21º C, BBC World Service, American tv and radio, and travel. An example of a very varied illustrated blog.

If you are in the capital over the festive season you may be foolhardy enough to meet with friends to try the Monopoly pub crawl. This is indeed a route and list of public house based on the London streets featured on the Monopoly board. Photos and lists of those who have successfully completed this, and others who have sensibly failed en route are at: http://www.monopolypubcrawl.org.uk/ Radio features along the route include the BBC World Service in the Strand. If you do partake in any of these, remember to drink responsibly.
Personally I would rather stay in the warm and spend an hour looking at the wonderful website known as the Radio Salon, in Hollywood, California: http://www.radiosalon.com/ This has radios, phonograms, a museum, a guide to plastics and dozens of mouth watering photos.

The extraordinary radios section is just what it says, with some amazing designs of global radios from a bygone age of style and elegance; Emersons, Ekcos, Pyes and Puritans: http://www.radiosalon.com/html/extraordinary-radios1.htm
- January 08, 2008 No comments: