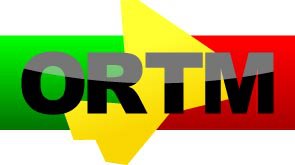 Listen out too for radio from Mali, a country very much in the spotlight for the wrong reasons as I write. If your French is up to it you may well be able to catch their news.

If not, than the Malian music played on ORTM from Bamako  is wonderful anyway. Long may it last! 5995kHz is the frequency to try.
- March 31, 2013 No comments:

Another station to tune for is Radio Kuwait's English language service. They produce a programme we can hear in Europe and North America on 15540kHz from 1800 to 2100 UTC.

A whole three hour segment in English from an international broadcaster is always a rare treat, and programmes include news and thoughts on Islam. Most interesting for me are the Today in History features, The Press Today and the various music the station plays.

Richard Cooke tells me he got a huge bundle of items from Radio Kuwait including an impressive looking QSL card resplendent with logos, buildings and some important looking Arab gentlemen wearing their traditional headdress. The email address given on their current programme schedule is kwtfreq@media.gov.kw or if you prefer snail mail the postal address is Radio Kuwait, PO Box 967, Safat, 13010, Kuwait.
- March 28, 2013 No comments:

Howard Barnett has asked me for information on Radio Belarus' schedule and programmes.  They use just the two shortwave frequencies for all of their language services. The transmitter switches in at 1100 UTC and runs through to 2300 UTC on 11730kHz, while 6155kHz is on from 1705 and also stays on air until 2300 UTC. English is from 2100-2200 (from 2020 UTC at weekends). My favourite programme is probably Music box, which plays a mix of modern and folk music every Monday. Postcard from Belarus is an interesting historical  and tourism programme and Unlimited Nature explores the wildlife and countryside.

Unusually for an international broadcaster the interval signal, followed by the time pips, does not always lead to a top of the hour news bulletin. Instead it has been known to launch straight into a feature programme.

I enjoyed the music of (and interview with) Spaniard Marcus Cole, a Madrid-based harmonica player who was well known in his own right but who also toured with The Rolling Stones’ Mick Taylor and Jimi Hendrix Experience’s drummer Buddy Miles. Radio Exterior de España also have a new English language programme for 2013.

It is called The Three Cornered Hat where presenters don their “respective hats to bring you news of developments of particular interest to each of the three members of the English-language team, Frank Smith, Alison Hughes and Justin Coe. It touches on politics, the economy, sports, and music.” Email the station at ree.rne@rtve.es
- March 19, 2013 No comments:

My head's in the Mixcloud 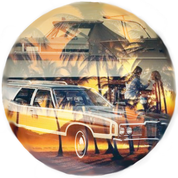 Extracts from my March 2013 Radio Websites column for Radio User

I subscribe to many different channels on Mixcloud and I’d like to think my choices are wide ranging and eclectic. Here’s some of what I have been listening to over the past month. Why not be brave and take the plunge with me into some new genres, ideas and sounds?

I enjoyed DJ Ravemasters’ Renaissance mix, presented and produced by Brioni Faith. Brioni’s music is all about big atmosphere and up-tempo beats. Her vocals create an intimacy with the listener; inviting you into her world, while the music is uplifting and inspiring. The mix itself is at www.mixcloud.com/Trance_Mix/dj-ravemaster-renaissance/ with links to Brioni at www.brionifaith.com and www.facebook.com/brionifaith.music  In their own words they “decided to entitle this mix as Renaissance because of this new age, this new world we are shifting into. Many are calling it the golden age, as we go through this apocalypse. I use apocalypse in its original meaning, to uncover, to reveal, to become more aware.“

Also at http://TranceMix.org
For something completely different how about the Eat My Mind Radio Show, a two hour bonanza every Monday at 7 p.m. on Manchester community radio station NFM 106.6 or whenever you want it via www.mixcloud.com/EatMyMindRadioShow Entertainer X plays a blend of “Out there TV and movie themes, kitsch, incidental music, organs in orbit, mondo, exotica. We embrace the criminally ignored and the ignorantly reviled.  We salute the men and women of the musical world that blew their minds and continue to blow ours.”

How about a Headphone Commute? That’s the name of a channel playing modern classical, dark ambient, cinematic and film music. It’s also an online magazine. http://reviews.headphonecommute.com/ You can subscribe to their mix tapes or podcasts at Mixcloud and also listen at www.mixcloud.com/HeadphoneCommute/

Or you may be in the mood for a cloudcast from Jazz Cat? This is an intriguing mix of styles including a programme concentrating to modern jazz from Italy, and a marvellous series called Lost and Found. www.mixcloud.com/maxvibes/

John Faulkner has a regular programme which is an eclectic mix where he brilliantly mixes comedy snippets with music. the end result is called All Mixed Up at www.mixcloud.com/John_Faulkner/  That put me in a lively frame of mind so I then moved onto further banish the winter blues with West Coast Sailing. They play a mix of "super smooth West coast crust." It put me in the mood for a holiday on the west coast of the USA.  www.mixcloud.com/saladsoundsystem/west-coast-salad/

If you want something different to hear then London station Resonance FM has ever inventive and quirky recordings. It's been successfully running as an FM station on 104.4 on London, and online since way back in 2002. It "features programmes made by musicians, artists and critics who represent the diversity of London’s arts scenes, with regular weekly contributions from nearly two hundred musicians, artists, thinkers, critics, activists and instigators; plus numerous unique broadcasts by artists on the weekday Clear Spot." you can follow Resonance FM at www.mixcloud.com/Resonance/
- March 11, 2013 No comments:

A glance back at the early BBC World Service female news readers, from London Calling in February 1975.

Back to today and I look forward to listening to the 2013 programme from the station for International Women's Day, in the Your World series: What if women ruled the world? 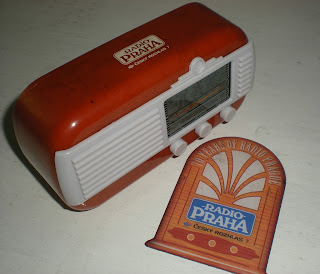 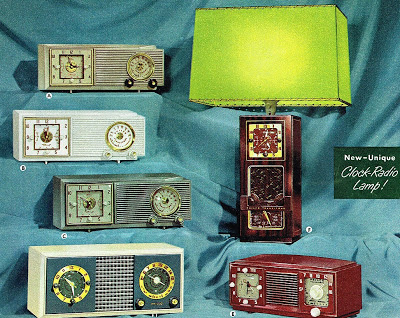 Alex Terrace writes with information on his Shortwave Heaven website with charts for listening to short wave in NW Europe.

"Short wave radio has been around for a long time. It is a wonderfully reassuring feeling when far from home to listen to a familiar voice on a short wave radio. Sadly, short wave reception is increasingly difficult for people touring France, Germany and the rest of Europe. BBC World Service signals are now aimed only at Africa, Middle East and Asia.

But - if the skies are merciful - you can still hear the BBC bouncing off the ionosphere from somewhere distant. And China Radio International gives you a powerful signal, proudly telling listeners they will never give up on short wave. So don't ditch the short wave radio, polish it off and get tuning! It can be difficult to know what to look for. But these charts make listening quick and easy. This tells you everything heard in north west Europe in English."