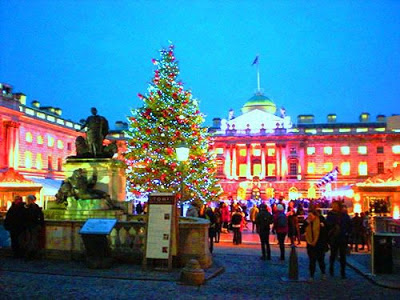 Some not-to-be missed Christmas editions of all -year round excellent radio shows.

Conjuring up the spirit of Christmas we have:


Plus a wonderful look at harsh winters past, the frozen Thames and snow for three months (1947, 1962/3 and circa 300 years ago) in BBC 4 Extra’s 90 minute extravaganza entitled Frost Fair (recorded at Somerset House in London, -which is where I took the above photo).

And see my monthly guest post at Smitten by Britain for a tour of London’s lights.

Have yourself a merry little DX 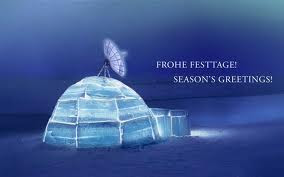 Have yourself a merry little DX,
Let your dial be light,
from now on interference will be out of sight.

Have yourself a merry little DX,
may your logs be bright,
from now on it cannot be a silent night.

Have yourself a merry little DX,
Hear what the stations say,
from now on pick up signals from far away.

Here we are as in olden days,
Happy golden days of yore.
Faithful friends who are dear to us
Gather near to us once more.

Through the years
We all will be together,
If the fates allow
Hang a shining star upon the antennae
And have yourself a merry little Christmas- try!

Ghost of Christmasses past BBC WS

A look back at when BBC World Service was as much an entertainment service reflecting the UK's tastes, as much as it was a news channel. Since the advent of BBC 4 Extra (formerly BBC7) 11 years ago, and the shift to focus on news, plus the short-sighted dumping of shortwave for the Internet (instead of using both), light entertainment is hard to find on BBCWS, although The Strand and World Book Club are honourable exceptions.

We all hear and read of people bemoaning the BBC World Service’s lack of entertainment programmes these days, but if you tune to their service for Central Africa on Saturday nights you will hear the BBC's Top of the Pops programme, presented by Kim Robson. It is strange to hear an old format with the names and sounds of today's pop music scene, but lovely to hear on shortwave. My favourite feature of the show is by far when they look at the charts in another country, such as Brazil or Ecuador. Try their 12095kHz frequency from 2130 UTC or online at the BBC service for Africa.

In regular BBC WS programmes this week Heart and Soul is interesting, delving into the roots of Protestantism in Germany, and Christmas eve at 1500 UTC, as ever, is the Festival of Nine Lessons and Carols from King's College Cambridge.

For new DXers I am going to give an example of a reception report this month and the reply. For old hands I hope the content will be of interest too. This is what I wrote in my emailed reception report to Radio PMR (Radio Pridnestrovie):

I continue to enjoy Radio PMR on shortwave. I have some recent reception reports and questions for you. 23 August on 9665kHz at 2050 UTC with a SIO of 544. Programme content included the last ten minutes of your English programme, with three lovely pieces of music to finish with. A child singing then a ballad with a man singing which was very melancholic. Then a ballad sung by a woman which had a wonderful ending with piano and keyboards. After the time pips the French broadcast started at 2100 UTC.

5 August on 9665kHz at 2030 UTC with SIO of 454. English broadcast including a request for people to send stamps and envelope when they write. Station announcement of “Radio Pridnestrovye on the air.” Local music.

26 June on 9665kHz at 2025 UTC with a SIO of 544. A Slavic language then English from 2030 UTC. News of “a remarkable holiday, the friendship of the Slavs celebrated on 25 May”. A feature on the monument of unity hosted by Belarus this year and a piece on 1992 events in Pridnestrovye, “Moldova and Romania wanted to unite and destroy the Pridnestrovye Moldovan Republic.”

I enjoy finding out more about your history and culture, and like much of the Pridnestrovye folk music. Because of listening to Radio PMR on shortwave I am now thinking of travelling to your country one day. What sights and places would you recommend I visit please? If you issue QSL cards I would very much like to receive one if at all possible. My best wishes to all at Radio PMR, Chrissy Brand.

About a month later I received a very nice e-QSL and an appreciative email to me.

“We have received your message and are very glad to learn that our programme is listened in England. We appreciate your detailed description.

Please kindly find enclosed e-QSL. It is very important for us to learn that the Radio Pridnestrovie has found our listeners and raised your interest. We have received letters from all over the world and your report is really very useful and important for our technical department. We will be glad to get new letters from you soon.

Feel free to express your opinions and wishes regarding our programmes. There are many interesting sights and places here, please tell, what season are you going to travel to our country? With Kind Regards, Editorial staff of the Radio Pridnestrovie”.

Their email address is radiopmr@inbox.ru .

2012 Personality of the year 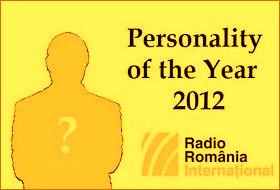 BBC Radio 4’s Today programme used to run an opinion poll for Person of the Year. Radio 4’s PM has given a New Year’s award too. I don’t listen to either these days so not sure if they still do.

There are countless awards dished out each December and January by the media, But not that many are facilitated by shortwave stations. Radio Romania International’s annual personality of the year poll is a notable exception. Nominate through the form at www.rri.ro , or by email to engl@rri.ro

The 2011 award was justifiably given to all the citizens who rose against the regimes in their  in Northern Africa and the Middle East, in the Arab Spring.

My vote for 2012 is a toss-up between sky walker Felix Baumgartner for his leap from the edge of space back to earth and Frances O’Grady, the first female leader of the British TUC.
- December 10, 2012 No comments:

A look at the Christmas schedules from London Calling 1975 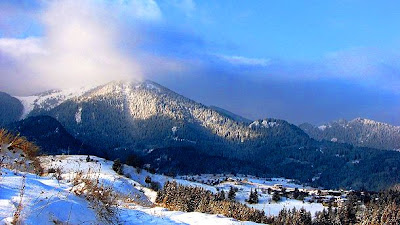 I highly recommend this online broadcast from Radio Bulgaria 5 December 2012- highly informative, interesting and also festive.
"Events and Developments takes a look at the 7th annual meeting between the Bulgarian government and the business which went under the motto “The Big Questions for 2013”.
Next on the programme it’s RB’s Nature and Environment - in the spotlight today the paradise for orchids in Bulgaria which is found at the Red Wall biosphere reserve, the largest out of 4 biosphere reserves in the Rhodope Mountain which marks its 50 anniversary in 2012.
A little further into the programme – we bring you an interview with a former member of RB’s staff, Diana Dinolova, who is now living and working in France, talks about her books, films and dreams.
In the second half of RB’s daily show – your 30 minutes of Bulgarian music with the best from Nelly Rangelova’s repertoire and the singer’s recent concert in Sofia.
These are the items coming up on Radio Bulgaria’s program today as we add another touch to a unique panorama of stories and views from this part of the world!"
- December 06, 2012 No comments:

Through the Airwaves. Short story Part 5 of 5 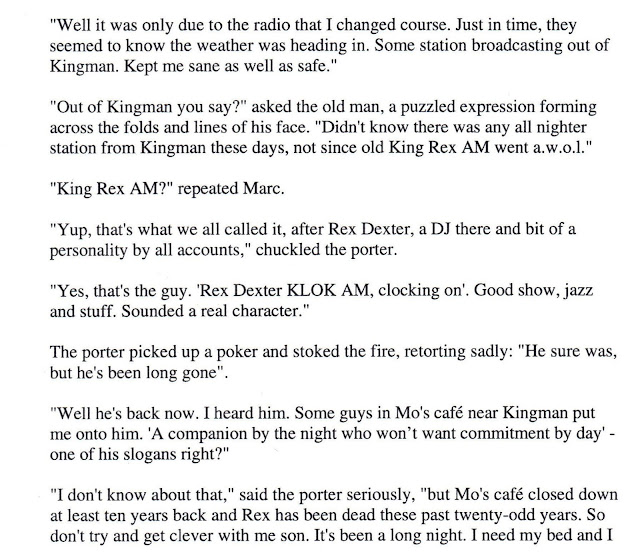 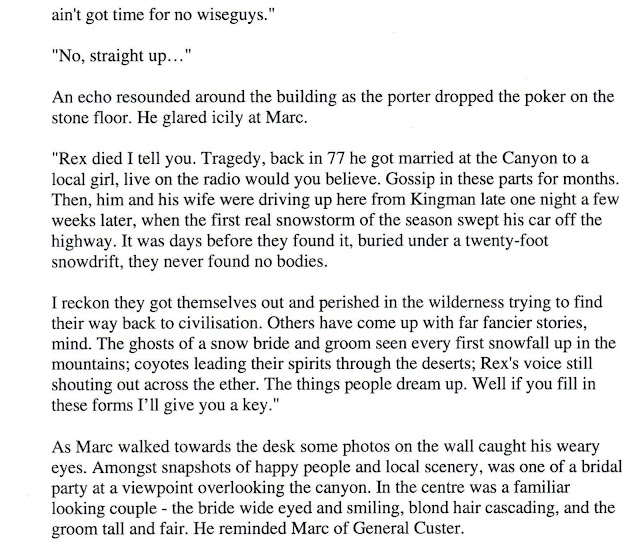 Through the Airwaves. Short story Part 4 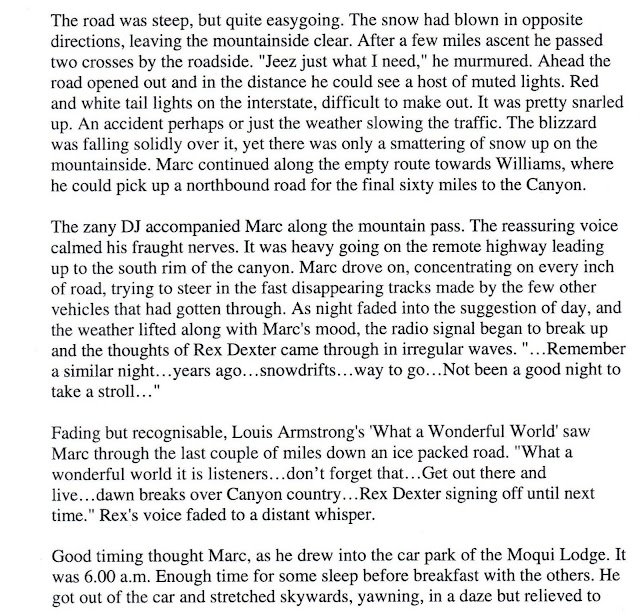 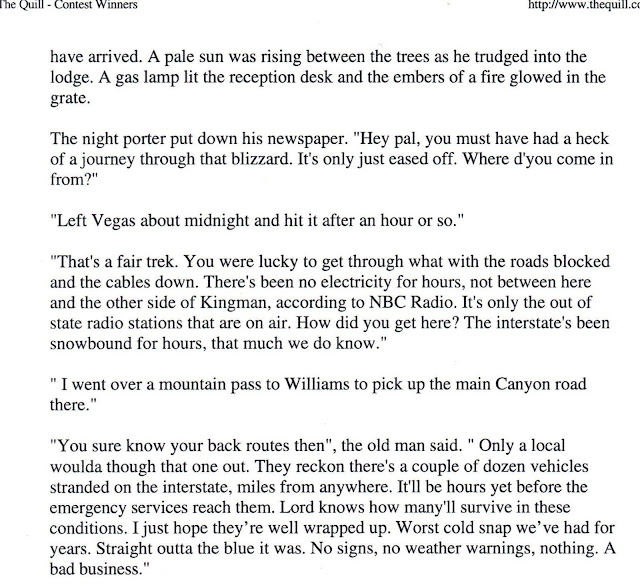 Through the Airwaves. Short story Part 3 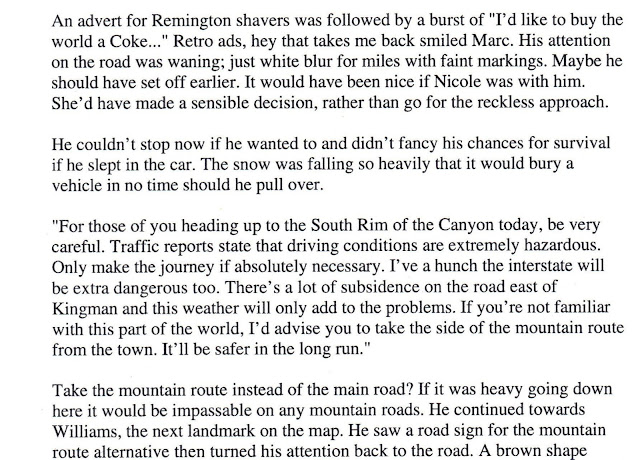 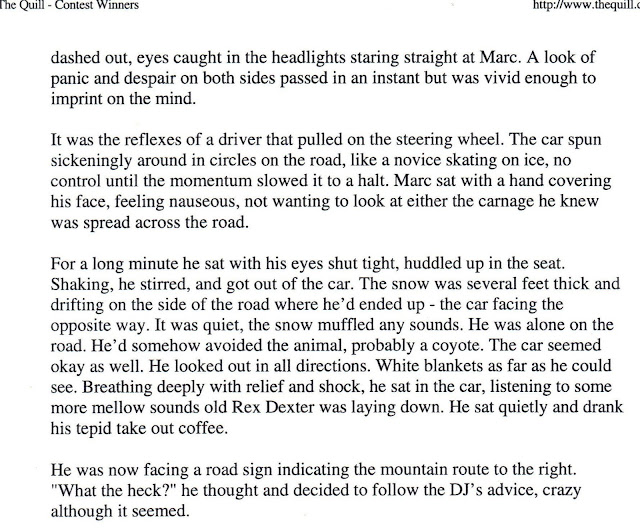 Through the Airwaves, Short story Part 2: 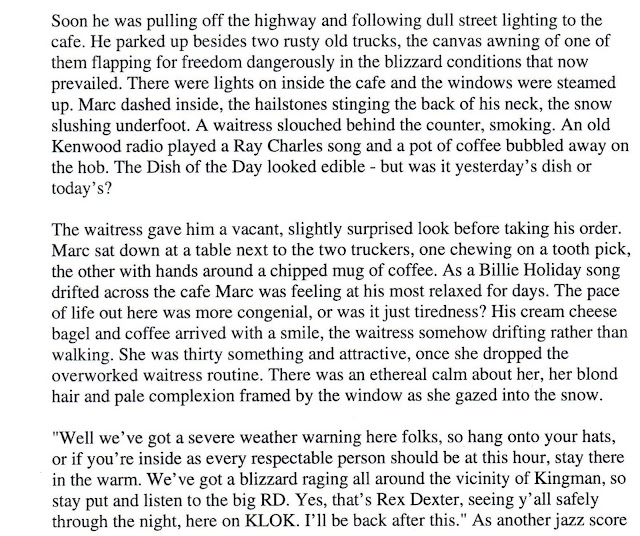 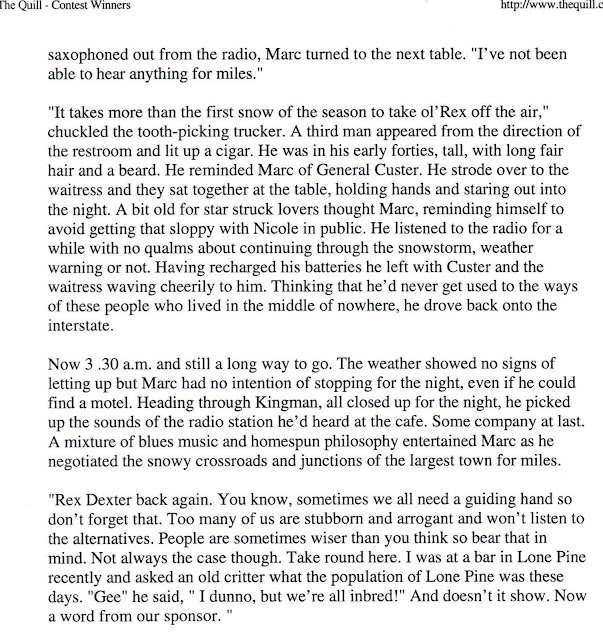 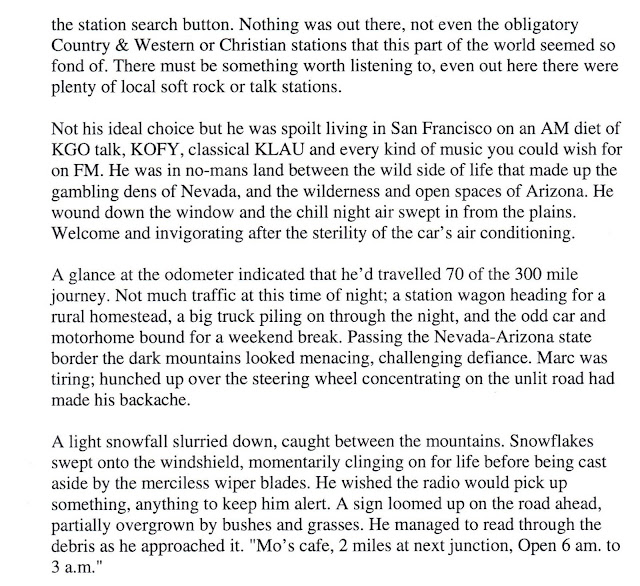