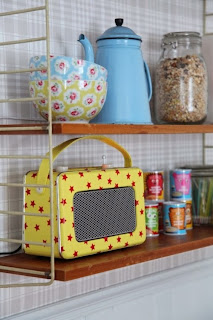 A simple swirl along the dial at this time of year brings a host of wonderful variety from European stations.

For me, baking festive treats in the kitchen and wrapping up last minute presents are made all the sweeter with an ear tuned to some of the following stations’ own festive fare:

Mayak Radio on 549kHz from Russia; Czech Radio from Prague on 639kHz; Croatian Radio on 1134kHz and Magyar Radio 4 from Hungary on 1188kHz are just a few suggestions. At the very least you will surely hear the strong signals from stations in Germany, Spain, France and the Netherlands beaming out on medium wave. They can light up a dark evening as they reach the British Isles too.

I have been tuning into medium wave a lot lately- there’s something about the winter nights that adds to the atmosphere of mw for me- as I listen I picture swathes of historical regions of Europe blanketed in snow. On Saturday nights Deutschlandfunk on 1422kHz airs a play. Even though my understanding of German is weak, I can get a feel of the programme and I can sometimes eke out some of the storyline (especially with some online research and preparation in advance).

Recent delights from DLF have included a play called Russian Salad which was supposedly set at the BBC in London. A Russian presenter drops dead at the mike during a live broadcast. Chaos breaks out among the editors, less because of the death as how to fill, pardon the pun, dead air. It is determined the presenter was poisoned… Another play was about a trapeze artist from Bristol and another about a gambler who is kidnapped in Hollywood. It’s gripping stuff in any language.

Other medium wave frequencies that I pick up clearly on the car radio as well as on a basic kitchen set include Czech Radio on 954khz. Radio Maria from Lopik in the Netherlands on 675kHz plays a mix of folk and religious music, Dutch station NOR5 on 747kHz from Flevo has news bulletins which you can pick out odd sentences of and translate quite easily. The old Radio Sweden frequency of 1179kHz is used by various stations from Antenne Saar in Germany including Radio France International at 1700 UTC.

For a selection of French music try France bleu on 864kHz while France Info delivers interesting programmes on 945 and 792kHz among others. BBC Radio Scotland is always an entertaining listen for me and easy to catch on medium wave from here in the north of England on its 810kHz frequency.
- December 18, 2013 1 comment: 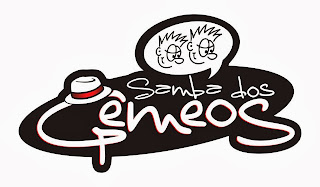 This time we go a little Latin with some Argentinean and Brazilian radio stations, dip into some blogs to review logbooks and radios new and old, and finish off with a wide selection of readers' website tips. She finishes off in a time machine to the 1950s.

Stations and shows
I've long been a big fan of shortwave stations Radiodifusión Argentina al Exterior (RAE), the international radio and online service of Radio Nacional Argentina. But it's not always easy to hear on shortwave so the World Radio Network online option is something I turn to at www.wrn.org/ Other options include the RAE website at http://rae.radionacional.com.ar/

and there are two sites for the wonderful Latin Jumpstart music programme; on Facebook and Soundcloud https://www.facebook.com/LatinJumpstart and https://soundcloud.com/latinjumpstart Latin Jumpstart is presented by Fernando Farias, DJ G Mega, Melanie Henderson every Friday evening at 11.30pm on the RAE channel of Argentina's Radio Nacional. www.radionacional.com.ar/vivo/4-rae

Feeling in need of some Brazilian music as well I turned to Streema to start my journey to the land of the samba and so much more. http://streema.com/radios/country/
Brazil offered me a good choice. Radio Paqueire at http://streema.com/radios/Radio_Paiquere_FM and www.paiquerefm.com.br/ was a good start, playing as it did some Brazilian ballads and tunes to brighten the gloomiest of days.  Nova Brasil FM in Sao Paulo on 89.7 delivered me folk, samba and bossa nova http://www.novabrasilfm.com.br/

Tune In, with 70,000 global stations, unsurprisingly showed me one thousand Brazilian stations, some of which were western rock but most were offering local musical fare. I hasten to add that I am yet to work my way through all 1,000 but would gladly do so if I had time. A little project for the autumn perhaps...Start at http://tunein.com/radio/Brazilian-Music-g137/  I enjoyed Rádio Samba dos Gêmeos at http://sambadosgemeos.com/ and on Facebook at https://www.facebook.com/sambao.dosgemeos. I kid you not, as soon as I clicked onto the station and the music started streaming, the sun came out! The music was a little too cheesy and mainstream at times for me, but I would persevere. Likewise Rádio Planalto do Oeste AM 1490 www.radioplanaltodooeste.com.br/
- December 03, 2013 No comments: