Chrissy Brand looks at websites with a radio connection. Amongst her recommendations this month are a new show from Switzerland and a handful of other quality radio programmes; some online radio museums, catching up with a collector of shellac records and anticipating a new sw radio coming to market.
Radio stations online
Switzerland in Sound is the website where some of Swiss Radio International migrated to when it left shortwave. I make no apologies for mentioning the site again. It’s full of excellent audio material including many vintage Swiss Shortwave Merry-Go-Round programmes and interviews by The Two Bobs: http://www.switzerlandinsound.com/

Radio Nova 100 is a new radio station broadcasting from Dublin’s docklands that launched on 1st September: http://www.nova100.ie/  It is licensed by the Broadcasting Authority of Ireland to launch a classic rock music service for Dublin city, county and commuter belt. The engineering department was asking for reception reports of its 100.3 and 100.5 MHz transmissions. If you pick it up you should email engineering@nova.ie Another information about Nova 100 can be obtained by emailing info@nova100.ie

Radio Pakistan only broadcast for five minutes news in English twice a day (see this month’s Broadcast Matters), so you could try their website at: Radio Pakistan: http://www.radio.gov.pk/ This gives you the options of reading and listening to details of the impact and the aftermath of the dreadful August floods, straight from the horse’s mouth.

With the endless choice of Internet radio stations from anywhere you fancy on offer, it is easy to overlook the more obvious stations. When you are searching for entertaining and varied programming then you could do worse than click to BBC Radio London: http://www.bbc.co.uk/london/programmes


Saturday and Sunday evenings are my favourite times to use the “listen live” facility, which is useful when you are about 200 miles from where the 94.9 MHz FM broadcast originates. DJ Ritu presents music from all four corners of the world. “Stay up to-date with all the new world music releases, classic tracks, London's global gigs and exciting international artists and bands in this unique two hour show.”


On Saturdays from 2000 BST you’ll hear Dotun Adebayo on Sundays. “Talking about London's diverse communities and the issues affecting them.” It is of interest whatever community you choose to define yourself in. Dotun Adebayo is also one of the hosts (Rhod Sharp is another) of what in my opinion is the best programme on BBC Radio 5 Live, Up All Night: www.bbc.co.uk/5live/

Back to BBC London and if you prefer big names (metaphorically and physically), then Vanessa Feltz and Danny Baker both have shows on the station too. Weeknights from 2200 to 0200 BST there is a good phone in and talk programme- the Late Show hosted by Joanne Good.


Other BBC radio programmes that are slightly off the beaten track include these for the BBC World Service: Alan Green’s World Football and Africa in Focus, which are excellent angles on sport and news that you don’t get to hear domestically: http://www.bbcworldservice.com/  and go to podcasts: www.bbc.co.uk/podcasts


Selena, Sarah and shellac
Most Radio User readers are users of a wide range of communication technologies and more likely than most to embrace the ever emerging new gadgets available. iPods to iPads. Twitter to podcasts, scanners to software. However, I suspect that many of us all have a slight hankering for the old style tried and tested too. I enjoy using shortwave radios from the days of my youth, despite smaller and more sensitive versions currently on the market


I recently bought a second-hand Selena B215 radio off of eBay. This 1980s set, made in Belarus (which was in those days part of the USSR), is rather clunky looking in silver and black but there is robust in its boxiness. It covers long, medium and FM bands plus 49, 41, 31, 25, 19 and 16m shortwave. Whilst searching on eBay I declined the an opportunity for an entrepreneur to buy 50 of the Selena B 215, boxed for £1,399.00 from a London seller. For most of us the radio turns up often on eBay at around the £15 to £40 mark plus postage and packing. To gather your own views check out the videos of the Selena in action on YouTube, for instance, at this YouTube channel: http://www.youtube.com/user/928GTSR


There is more interesting Selena information at the ever excellent Radio Museum website, where you are likely to get merrily distracted browsing all kinds of other manufacturers too: http://www.radiomuseum.org/  Over 170,000 radios from antique to modern can be searched for here.


A very informative and enjoyable website dedicated to another radio collection goes under the name of Sarah’s Transistor Radios, and is located at: http://www.transistor.org/  The tiny transistor radios are quite often neglected by collectors in favour of their larger cousins, such as valve radios from the Art Deco era. However a visit to Sarah’s has certainly made me look at the transistor radio in a more favourable light. She writes:


“Welcome to my collection of transistor radios. I have found these small sound boxes to be fascinating ever since I was a small child. The idea that something so small could pull an extremely weak signal out of the air was nothing short of miraculous to a seven-year-old. Now, my fascination lies in the designs of these radios, which bear all the intrigue, change, and yes, kitsch (sometimes!) of the era they were made. The collection is large, but is designed for easy navigation…I would appreciate hearing from people who have visited my page.” The email address is sarah@transistor.org

We move onto a record dealer now, who goes by the name of Greg's Greats Records, which is based in Foxton near Cambridge. Greg Butler does not deal in CDs at all, instead having stock of over 140,000 records, the bulk of which are 78 rpm and made of shellac. 45 rpm, 12 inchers, LPs and vinyl make up the rest: www.myspace.com/gregsgreats

His customers include the BBC local radio, film and television production teams. He also supplies DJ Rob Da Bank with a compilation of more unusual 78 sounds - and he occasionally picks out a “Greg’s Great 78” for him to play on his show on a Sunday night/Monday Morning between 0000 BST and 0200 BST on BBC Radio 1. Greg writes: “There are so many records here that twice a year a Record Fair is held at Foxton to display all the records at bargain prices for collectors to get their hands on. At the fairs all the 78 records that haven't yet been priced up are offered at a pound a piece and all 7" singles are offered at one pound fifty. In addition all the priced records are reduced by 25% for the fair and a fun time is usually had by all.” The fair takes place on the second Sunday in August (with a barbeque) and the second Sunday in December (which is December 9th this year), with mince pies free of charge. You just have to let Greg know you are attending.


There is also a Shellac Collective radio show on Harborough FM on the first Wednesday of every month. You can listen live online at this Community Radio station for South Leicestershire and North Northamptonshire: http://www.harboroughfm.co.uk/


Radio Video
One of the many radio related Yahoo groups I belong to discusses the virtues and otherwise of classic Realistic radios: http://groups.yahoo.com/group/realisticdx/  That is itself is of interest and use to me, but, as with many such groups, occasionally other non-related gems come to light. A recent posting was a link to the following Vimeo clip (Vimeo being website akin to YouTube but usually classier in quality and quantity of many of the YouTube clips, where video clips can be uploaded). Earlier this year on Jay Leno’ television show in the USA a contest was held to see who could send a message the quickest. The two contestants were a teenager texting and a 43 year old radio ham using Morse code. Without giving too much away I was pleasantly surprised by the results. The clip is at: http://vimeo.com/8085304  which is the Vimeo site of a user called MPG : http://vimeo.com/user2770492


Whilst looking at a US tv channel, if you are a follower of US television dramas and want to know what’s being screened Stateside, before your favourite programmes hit the UK screens, try: http://www.televisionwithoutpity.com/


Another video site now and one that is packed with vintage offshore and free radio memories. A user by the name of Radprog has uploaded 190 videos to their YouTube channel with many new ones uploaded over the summer months:
http://www.youtube.com/user/radprog#p/a


A new Sangean shortwave radio for the autumn
Radio Netherlands Media Network blog continues to be a source of mainstream and quirky radio news, be it rebel radio in Caracas or a new radio station in Bethlehem: http://blogs.rnw.nl/medianetwork/  (Cool FM launched in July broadcasting English and is “the first foreign language radio station in Palestine, which offers programmes for foreigners residing in Palestine and in the whole world”: http://www.coolfm.ps/  )

A recent Media Network posting gives information on a news Sangean shortwave radio: http://blogs.rnw.nl/medianetwork/new-shortwave-receiver-coming-from-sangean  “Shortwave broadcasting may be on the decline, but it’s not dead yet. Receiver manufacturer Sangean has a new portable shortwave receiver scheduled for release by the end of 2010. The ATS-909X is described by the manufacturer as ‘the flagship of the Sangean line of AM/FM/SW Receivers.’According to Sangean, ‘it provides performance and features generally found in the more expensive table top communication receivers into a very compact and stylish package.” More details are available on the Sangean website.” http://www.sangean.com/ 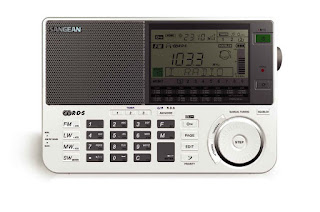 The radio has an alarm which will wake you via a buzzer, radio or humane wake system. Single Side Band, over 400 presets, five tuning methods (Direct Frequency Tuning, Auto Scan, Manual Tuning, Memory Recall and Rotary Tuning), FM RDS, Large LCD Screen with Bright White LED Backlight and much more. 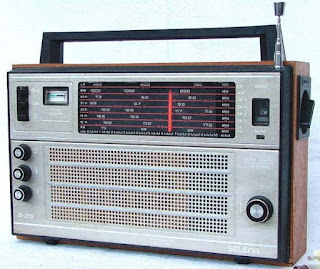