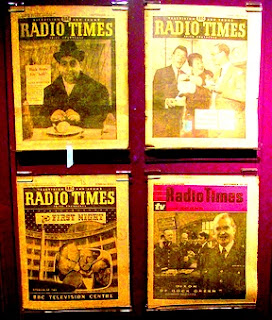 From my Radio Websites column in Radio User, May 2013

The National Media Museum in Bradford is worth a trip if you are in Yorkshire. I went recently and there is plenty to see over eight floors. The basement covers the history of photography, and there is plenty for the radio listener and television watcher too. Sets from Wallace and Gromit and Morph always go down well, the display of vintage Radio Times caught my eye and the video vault enables you to choose a programme and watch at your leisure in a booth. Our choice of the first ever Dr Who episode was quite something – the paucity of the script, set and film work made us wonder who it ever got commissioned for a second series! www.nationalmediamuseum.org.uk

Tours are available of the New Broadcasting House in London and details of these 90 minutes of the tour are at www.bbc.co.uk/showsandtours/tours/bh_london.shtml

If you would like a virtual tour of Television Centre’s final days, I’d point you to the Flickr stream  of Kris Wood at http://www.flickr.com/photos/krisdwood/ as well as reading the article on 14 March 2013 of the Londonist http://londonist.com/

While dwelling on past Beeb buildings you might like this last look inside Bush House. A blog called Normal Stop covers BBC World Service equipment and studio operations in Bush House from the late 1950s to the last transmission on 12th July 2012. http://radiooperations.blogspot.co.uk/
- April 26, 2013 No comments:

Voices across the pond 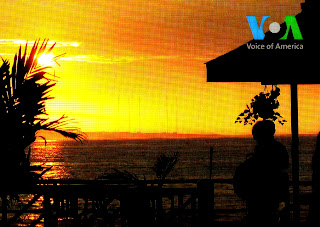 The Voice of America’s Music Time in Africa programme has an option to listen online to the latest and archive episodes, as you would expect. But you can also while away an interesting hour or more at the highly readable blog associated with the programme.

The blog (which goes back to 2007) shows how presenter Heather Maxwell is far more than a mere studio-based DJ. She is also an accomplished jazz and Afrojazz Afrosoul vocalist and has been working, researching and performing in Africa and the U.S. since 1987.

The whole range of Voice of America programmes is easy to listen to, online and through podcasts, and there really is a great variety. I like the African-focused output of some of the station with other music programmes like African Music Mix.

In addition there’s country music and even classic rock, the latter with Ed Kowalski and producer Margot Braswell every Wednesday. American Café is an entertaining weekend programme with David Byrd chewing over a discussion of new trend, or just sharing a slice of American life.
- April 22, 2013 No comments:

Down in the Balearic Basement, a Universal Language radio show 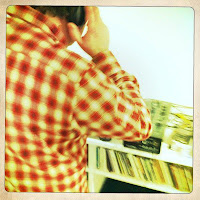 The Universal Language radio show is live from the Balearic Basement in Manchester on a Sunday afternoon. It showcases two hours of folk, downtempo and oddball rock. Andrew Houghton is one of the people behind the show and he tells me that they are live on
www.purple-radio.co.uk every other Sunday at 3.30pm.

Past shows are also available to listen again on their blog at http://eightysix-mcr.blogspot.co.uk/ Give it a listen.

Andrew adds that ”We also host monthly gatherings in Leeds at The Outlaws Yacht Club and in Manchester at The Spoon Inn and De Nada in Chorlton.” Check the schedule for other quirky and clever programmes form the Purple Radio community.
www.purple-radio.co.uk/home/monthly-schedule
- April 12, 2013 No comments:

Photo of Zanzibar BC from http://www.tvz.co.tz/tvz.html

Extracts from my column in Radio User April 2013.

Andrew Kirby in Bournemouth sent me an SD card loaded with camcorder recordings he had made by videoing his receiver. A novel way to capture DX.

I felt lucky to be receiving such wonderful DX recordings in the post! It was like spending the day with Andrew in his radio shack as I went through his recordings. Andrew didn't assign them SIO codes and it would be a little unfair if I gave SIO codes myself after the date, so I have tabulated over 30 of his DX catches for readers.

They are mostly from the Tropical Bands over a period of eight hours. I hope that they will whet your appetite to scan the Tropical Bands. In addition to try for some South Americans try from late at night until dawn for Radio Rebelde from Cuba on 5025kHz and Radio Clube do Para from Belem in Brazil.

I think 17720kHz may not be used by Pakistan anymore but is a BBC and China frequency.
Andrew could not identify a signal which signed off at 1900 UTC in English on 4960 and another at 1800 UTC on 15176kHz. Both All India Radio and Voice of America (via Sao Tome) use 4960kHz in English so it could be one of them, and All India Radio use 115175kHz. As ever, I stand to be corrected.