For August we see what’s cooking in the audio kitchen, check some handy reference lists, feast on some internet radio and finish by loading some travel podcasts onto the mp3 player.

From the latest Sheldon Harvey High Frequency Internet newsletter, which you can sign up for via: www.radiohf.ca/ , comes information on the Radio Kitchen blog website. This gives North American perspectives on all matters radio, with a wonderful masthead to boot. It also links to a sister site called the Audio Kitchen, with equally good graphics. This one covers “Found sound, amateur recordings and home-style noise”: http://theaudiokitchen.net/

“Long Live Shortwave” was an LP released in the UK in 1979 by British pop music producer and shortwave fan Mitch Murray. First side is information on the hobby by Mitch and Henry Hatch, well known from the BBC's World Radio Club. The second side has 30 interval signals with Mitch talking about the stations. The entire LP is now online for download, together with scans of the booklet and cover. This is at another site with a flavour of the kitchen in its title: http://theradiokitchen.net/live-shortwave/


Several of the reference lists compiled by Tony Rogers of the British DX Club have been updated at the BDXC website: Africa on Shortwave; Indian Sub-Continent on the Tropical Bands; Middle East & Near East on Shortwave; UK on Shortwave. The DX & Media Programme Guide has also been revised. All of these can be found via the Articles Index page at: http://www.bdxc.org.uk/

It’s not too late to tell you that Sean Gilbert of WRTH Publications released the summer (A08) schedules for International and Clandestine Broadcasters at the World Radio and TV Handbook website: http://www.wrth.com/ Included are broadcast schedules for 236 stations and frequency listings and broadcasts in English, French, German, Portuguese and Spanish. In similar vein, the A08 HFCC public data file is available at: http://www.hfcc.org/data/index.html

Radio Row is a very good website radio station portal, and that’s a row as in a column rather than as in an argument provoked by a shock-jock! Whether or not you want to argue with some of the featured radio stations is another matter. There is also a quick three question survey that you are asked to complete, which evidently will help internet radio. I’m not sure how and imagine it will help in the sense that advertisers get a profile of who visit the website. But that’s fine with me; the internet is all but free and it’s good to help out.

Based at the melancholy sounding Chagrin Falls in Indiana, it states that there are “Thousands of radio stations on the Internet....but the best Internet radio stations are here.” It’s all arranged by format covering stations that offers 25 categories including blues, classic rock, Latino, Oldies, talk and the interestingly named “specialties”: http://www.radiorow.com/

The specialities category covers a wide range of radio encompassing much of what we on this side of the pond perceive as typically USA lifestyles. There are selections from around the world too. I dipped into the station called A Healthy Life, which gives you positive talk and music from Manhattan Beach in California. “Where Positive People and Radio Unite 24/7.” : www.healthylife.net/

Tune into Salisbury in South Carolina for Harley Radio and the sounds of biker oriented content at: http://www.harleyradio.com/ and a MySpace page too: www.myspace.com/harleyradio and affiliated to http://www.loudcity.net/

Whether you are debating where to go on your travels this summer, or if you are already in a holiday mood, read on. I have been investigating the wonderful world of travel podcasts. Click on some of the following websites and download tall tales and idyllic adventures onto your mp3 player. It will beat the usual flight entertainment that is served up, and will also serve you well as you languish on a sun lounger. Nice to dip a toe into travel talk along with whatever the summer hits are on the local radio at your holiday destination.

First up is the American based Amateur Traveller website: http://amateurtraveler.com/ (that’s spelt with one ‘l’ in traveller as it’s American!). “Travel for the love of it.” There’s plenty here to keep you going, with new podcasts added every few days. A recent favourite of mine featured sailing around the Greek Islands. Private beaches and picturesque fishing villages abounded. Other places covered have included Como in Italy, Valencia in Spain and Western Australia. 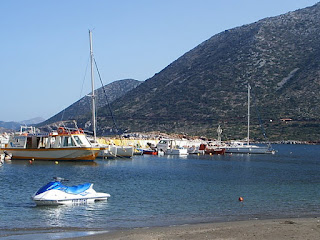 If you are pushed for time try the “Travel in 10 minutes” podcast at: http://travelin10.libsyn.com/ A blog accompanies the travel podcast and Maui in Hawaii was featured when I last downloaded. African safaris and Portugal, Japan and Laos have also been covered. “ Soundspaces and audiotours of hip hotels, cool restaurants, concerts, festivals and events from around the globe.”

The more established authorities on travel have not been slow to miss out on the podcast boom. Amongst many offerings, Lonely Planet publications have a four part podcast on the ancient Mayan culture plus “Stay another day in Cambodia.” www.lonelyplanet.com/podcasts

The Indie Travel Podcast is not an offshoot of the Independent newspaper, but a weekly show with travel ideas and advice for independent travellers, backpackers and anyone with itchy feet: http://www.indietravelpodcast.com/

Completing our circular journey, The Independent’s esteemed travel editor is Simon Calder. He hosts a weekly radio show called “Travel Clinic” on LBC 97.3 FM, DAB and at: http://www.lbc.co.uk/ Sundays at 1400 BST and repeated Saturdays at 0600 BST. It’s two hours of luxury listening in my book, with a phone-in too, and is available as a podcast at: http://lbc.audioagain.com/

An interlude on a wet summer's day: QSL cards from a 1978 series entitled Contemporary Austrian Art, issued by ORF Osterreich. ‘Austria Calling on Shortwave’.
Still amongst my favourites even three decades on.

Above: Phantasmagorical landscape
Above: The lovers