BBC World Service: 80 years of quality to the globe 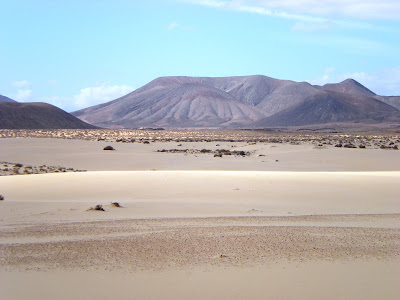 International broadcasters- part of a mountain of important information and knowledge informing a world otherwise lost in a cultural desert of mindless pap.

The wonderful BBC World Service is celebrating its 80th anniversary. A special leap day of live broadcasts (Wednesday 29 February 2012) will include a live version of arts programme The Strand. David Attenborough is a guest on One Planet and from 2005 to 2200 UTC (GMT) comes what will be an thought provoking programme and debate on the future of International Broadcasting.
You can listen on shortwave, DAB, online and follow and contribute to the celebrations of a great stations and a fine organisation I am proud to say I once worled for, via Twitter (#BBCWS80) and Facebook. Details at: http://www.bbc.co.uk/worldservice/indepth/80th_anniversary.shtml

While I confess to listening to BBC WS on a portable DAB radio (I know, get thee behind me DAB) when I am travelling around in the UK, I was delighted to tune in on shortwave when in northern Fuerteventura last week.

As informative as ever, even in the short bursts I listened, (in between exploriong theisland and relaxing): The Athens demos and riots, the death of 300 Honduran prisoners in a fire, Murdoch’s corrupt Sun journalist bribing he police, an interview with the CE of Anglo Gold Mines trying to defend poor treatment of workers.

Quality journalism and new stories that actually cover important events, as do all shortwave/international broadcasters, unlike the parochialism of much local and national radio.

* For non DXers and sw listeners, SIO= Signal strength, Interference, Overall quality. 5 is the best, 1 the worst.
- February 24, 2012 No comments: 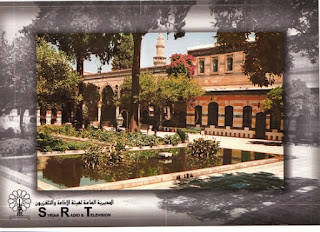 Radio Damascus in Syria is still putting out a signal that they hope reaches all over the world (a 2011 QSL card is pictured above). It is interesting to tune in to hear what they are saying about the continued unrest there, although it is of course the  government view.

If you want to write to them or listen online the station web address is http://www.radio-damascus.net/ Will there be some major changes at the station and in the country of Syria itself in 2012?
- February 15, 2012 No comments:

Today is the first World Radio Day. Set up by UNESCO, more details are at the following website, from which the information below is taken: http://www.worldradioday.org/

"The World Radio Day seeks raise awareness about the importance of radio, facilitate access to information through radio and enhance networking among broadcasters.Radio has to be recognized as a low cost medium, specifically suited to reach remote communities and vulnerable people: the illiterate, the disabled, women, youth and the poor, while offering a platform to intervene in the public debate, irrespective of people’s educational level. Furthermore, radio has a strong and specific role in emergency communication and disaster relief. There is also a changing face to radio services which, in the present times of media convergence, are taking up new technological forms, such as broadband, mobiles and tablets. However, it is said that up to a billion people still do not have access to radio today."


Radio Taiwan’s daily hour of English (1800 UTC on 3965kHz) covers a multitude of highly listenable programmes. Once they were known as The Voice of Free China, as the 1980s QSL card above testifies, then they became Radio Taipei International before relaunching again over a decade ago as Radio Taiwain International.

According to the schedule they sent me, on Saturdays the programmes are Soft Power and Feast Meets West; Sundays sees People, Made in Taiwan , Trends and On The Line; Monday to Fridays starts with Hear in Taiwan (which also forms a fascinating blog on their website that I recommend, http://blog.rti.org.tw/english/ )

Soundwaves and Chinese to Go on Monday, We’ve Got Mail on Tuesdays, Time Traveller and Jade Bells and Bamboo Pipes on Wednesdays, Occidental Tourist and more on Thursdays, Women Making Waves and Sound Postcards on Friday.

It’s an international broadcaster at the top of its game in my view, and they live up to the station slogan of RTI, exercise for your mind. 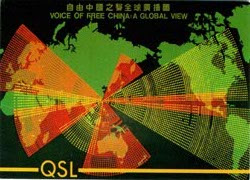 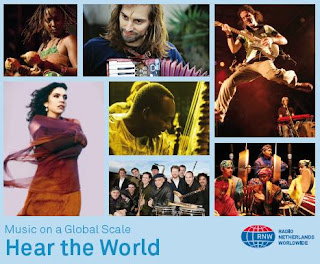 As an exponent of the slogan “reduce reuse and recycle”, as well as a radio lover, I am delighted to hear that the old Horby transmitter used by Radio Sweden is in use again. Radio Netherlands have been successfully testing it in Madagascar on 214790kHz as a replacement for one of the station’s old Phillips transmitters.

I heard it well in the local afternoons here in north-west England and it has been picked up from Colombia to Israel, Ukraine to New Zealand, which bodes well. A special QSL card is being sent for correct reception reports.

Their final series of QSL cards were certainly fine examples and amongst the best QSLs I have seen. Bulgarian abstract art replaced the usual stock photos of Sofia landmarks and Black Sea resorts. Here are a few examples... 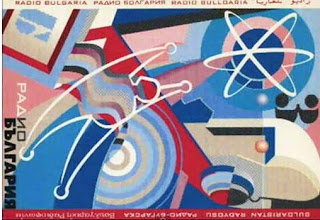 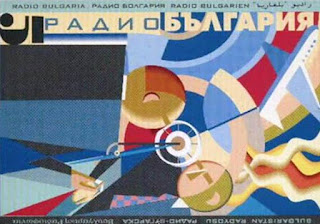 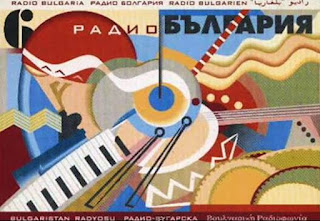 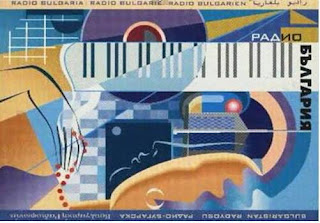