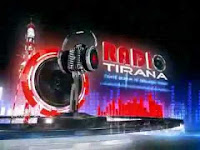 Radio Tirana lives on! After announcing the closure of its short wave service at the end of the B16 season (RadioUser, June 2017: xx), it can still be heard, thanks to WRMI and the Shortwave Service. Both stations now relay Radio Tirana's daily broadcasts via Kall Krekel in Germany and Okeechobee in the US.

If that news doesn't tempt you, then maybe the programme details will. Each broadcast commences with a news bulletin and, on weekdays, a press review. On Saturdays, you'll hear Mosaic of the Week. Monday's transmission has programmes on culture, sport and Albania in a Week. An interview is carried on Tuesday, while Wednesday looks at integration with the EU and has a music programme called Hits Through the Years. Facts and economics abound on Thursday along with tourism. There is a profile of individuals and organisations on Friday, while Saturday consists of tourism, culture and the popular folk music programme.

Apologies for the lack of posts in recent months. I was the editorial assistant at RadioUser for six months, which didn't work out but took lots of time, Along with that, I had a house move and lots of political activity too. I hope to retain the blog and update more regularly but cannot promise anything!