ORF (Österreichischer Rundfunk) from Austria is still on shortwave but just in German.

Jazz and classical music programmes can be sometimes be enjoyed here, even if you don’t speak German.

The station issues QSLs by post even if you email them. Their email address is roi.service@orf.at
- January 26, 2013 No comments: 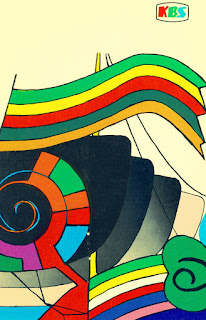 KBS World from South Korea continues to put a good signal out courtesy of the relay station they use in Skelton, Cumbria.

Seoul Calling is a good listen with Sydney Lingford and new arrival, Englishman Mark Broome. Sydney (who hails from Chicago) has been at the station for a couple of years and also writes a blog called From Sydney to Seoul.

The station’s slogan “Korea’s sole international broadcaster in eleven languages” may be a clever play on words, with “sole” and “Seoul” but it’s incorrect. They have conveniently forgotten their neighbour to the north... 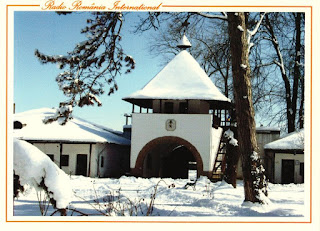 Radio Romania International's latest contest offers a prize of ten days for two at a Romanian salt mine spa in May 2013.

The contest closes at the end of February. Win and you could find yourself exploring Slanic Prahova in Prahova County, Targu Ocna in Bacau County, Praid in Harghita County and Turda in Cluj County. I would probably be as interested in a runners-up or consolation prize, due to the station’s rules that always state you have to fund your journey to and from Romania. The questions may look tricky but if you check Radio Romania International’s social media presence and tune in as well, you will be able to give a good account of yourself

1. For how long can Romania cover its salt consumption from domestic reserves?
2. Name at least three salt mine spas in Romania.
3. What is the name of the treatment using the curative properties of salty air?
4. What salt mine spas will be visited by the winners of the Grand Prize?
- January 18, 2013 No comments: 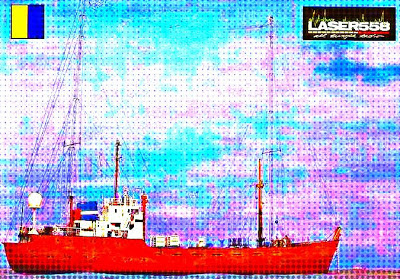 To be published in my Feb 2013 Radio Websites column in Radio User, PWP


Martin Richards in Wiltshire asks for information on two offshore radio ships. Always a popular subject he wants to know if the MV Communicator of Laser 558 still remains and whether it still broadcasts, whether the Peace Ship still exists and what became of Radio Caroline’s channel on Sky.

There are dozens of websites dedicated to all aspects of the offshore radio era and it is a case of honing in on the most relevant information before you get swamped or distracted in your research.


Starting with the MV Communicator, the Offshore Radio Guide (Your watery wireless website) at http://www.offshore-radio.de gives a comprehensive chronological overview as far as 2002. The ship was built in West Germany in 1954 and went on to give service for many radio stations including Laser 730 and Laser 558, Laser Hot Hits 576, The Super Station (in 2004) and Radio Sunk (in 1987). A whole host of Dutch stations also broadcast from the ship from 1994 to 2002.

I must say I really enjoyed Laser 558's broadcasts while living in the south-east of England circa 1984. Happy memories.

Turning to Radio Caroline it’s suffice to say that it is available online as a station and on smartphones as an app and online in several places including www.yourock.fm It left Sky in 2011 after failing to renegotiate costs. Radio Caroline’s website carries fuller information at www.radiocaroline.co.uk


The final question from Martin is over The Voice of Peace which was broadcast for 20 years from the MV Peace off of Tel Aviv, with the late Abie Nathan the man behind much of the venture. In 1993 he intentionally sunk the ship after various promises of a broadcast license and mooring failed to come to fruition,

More at Wikipedia en.wikipedia.org/wiki/Voice_of_Peace and a current website including live audio www.thevoiceofpeace.co.il/
- January 15, 2013 No comments: 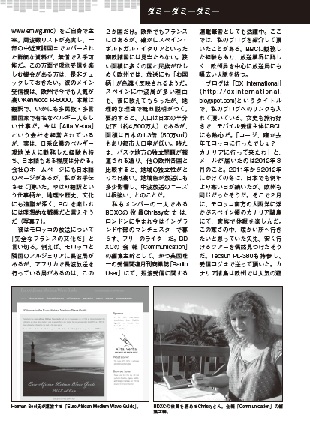 I was honoured to be featured in the Japanese BCL book for 2012, thanks to Koji Hoshi at the excellent  Listening Overseas blog. 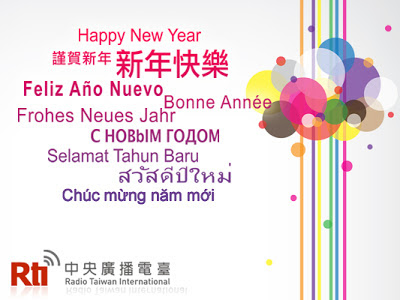 Radio Taiwan International's 2013 New Year card which I was pleased to receive via email.

Entertaining programmes include Hear in Taiwan, Women Making Waves and Ear to the Ground. Tune in now!
- January 01, 2013 No comments: