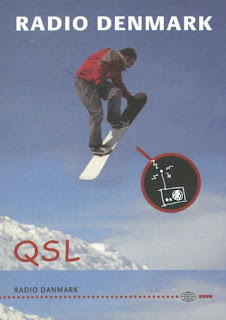 Chrissy Brand looks at websites home and abroad, from a solar powered radio station to an international station based in Hertfordshire. Join her on virtual DXpeditions to Madagascar and South Africa, and finish off with a visit to radio museums in California and Bucharest.

GTFM is a community radio station in Pontypridd, with a difference. They are to be applauded for running the station largely on solar panels. Sadly these panels were stolen late last year. They have won awards in recognition of the fact that they made UK radio history in 2007 by becoming the first full-time community-based operation to power FM transmissions, as much as practicable, from wind and solar energy. Go to the website to find out the latest developments at the station and listen live online too: http://www.gtfm.co.uk/

Along with community and local news there is a wide selection of programming to suit most musical tastes. 1950s rock and roll vie with prog rock, world music complements Stan, Wilf, Adam and Lee with new music, unsigned local bands and studio sessions. Phone-ins and sport as well.

The BBC and commercial radio are launching a new online radio player that aims to offer the output of every licensed UK radio station and to let users search this content by subject, musical style, or even song title. You can read more at the very good BBC blog, About the BBC:


and http://www.bbc.co.uk/blogs/aboutthebbc  It covers all kinds of subjects from Blue Peter to Hamlet via the college of journalism. Senior staff and experts from across the organisation use this blog to talk about what's happening inside the BBC.


You can be forgiven for thinking that South Herts radio would be yet another run of the mill local radio station. Look and listen a little more closely tough and you will be pleasantly surprised. It is in fact a station that relays some of the best international radio going. South Herts Radio http://www.southhertsradio.com/

As well as broadcasting locally you can listen online, and treats in store for you include: DX Partyline, Happy Station, Sounds of the 70s (there are 1980s and 1990s music shows too!), Shortwave Report with Dan Roberts, Pirates Week with Ragnar covering The U.S. pirate radio scene, DXing with Cumbre and more.


The SHR blog tells you more and the man behind this operation is longtime broadcaster Gary Drew: http://www.southhertsradio.com/shrblog/ 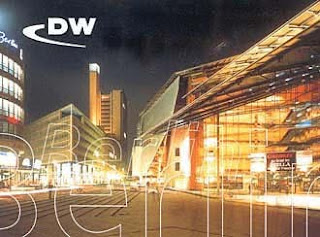 Shortwave America is a blog with “station loggings, news, silliness, sarcasm, radio ramblings and observations”, at: http://shortwaveamerica.blogspot.com  It also hooks up with a Facebook group. There is inevitably a US focus but radio from all over the globe is liable to crop up. It’s one to keep an eye on.


Rapid TV News is, as you would expect, more about television than radio, but it is enough of an overlap for me to include it. “Rapid TV News is the premier online daily news service for the television industry. The international team of journalists report on all aspects relating to broadcast technology, information, analysis, and provide up to date context and comment on the latest developments. Started in 2007, Rapid TV News delivers global coverage through a network of journalists in the UK, Germany, Australia, Spain, France, and Italy.” http://www.rapidtvnews.com/


There was an exciting DXpedition to Glorioso Island near Madagascar last autumn. This was the result of several years of planning, and the logs and photos are all up at the website:


On the subject of QSL cards, German broadcaster Deutsche Welle has a gallery of 18 cards hidden away at its website. Hard to find from the homepage, this is the actual link: http://www.dw-world.de/dw/0,,9542,00.html

The Voice of Turkey has a slick slide show of its QSL cards too, in a gallery at: www.trt.net.tr . The simplest way to navigate there though is via Google, where you need to just type “TRT QSL”.

Gary Deacon in Cape Town has a radio blog called Cape DX which covers unusual reception conditions he has experienced plus his coastal DXpeditions around South Africa. The bread and butter of this blog however are logs, QSL cards and audio, with a focus on medium wave stations from across the globe. The posts on “Early Years of a DXer in South Africa” make for interesting reading: http://capedx.blogspot.com/  Complementing his radio portfolio, Gary is a established professional guitarist, composer and musical director of Sound Image, a popular function band in Cape Town.

“Radio Activity” is another good blog, at: http://alokeshgupta.blogspot.com/  Alokesh Gupta in New Delhi posts news from the world of radio, and much more than just those items with an Indian subcontinent flavour.

A night at the museums

Mike Simpson's Midwest Radio Museum in San Diego is an ideal location to spend a happy half an hour. Featuring a private collection of Midwest and Miraco radios, it is a stunning photographic collection of over 50 radios from the early 1930s up to the late 20th century. The Midwest models 1935 Imperial, 1936 Royale and 1937 Regal are aptly named large radio that would grace any stylish home then or now. Because Midwest radios are not easily found, Gary’s display represents more than 25 years of searching and collecting: http://www.midwestradiomuseum.com/

Back across the pond to Europe now, and the Romanian radio museum in Bucharest. You can see it online at: http://www.rri.ro/art.shtml?lang=1&sec=7&art=630

Mihai Gheorghe is the brains behind this collection, which is housed in the foyer of the Concert Hall of the Romanian Radio Broadcasting Corporation. He says: “Here lies the whole history of the Romanian Radio, beginning with actors, musicians and technicians. The radio is the people’s soul and I want this collection to represent the radio in general, to be an emblem. If you ever come to Bucharest, don’t hesitate to visit this Vintage Radio Museum, a museum born out of passion for radio." Radio receivers from all eras are represented. Some of them will be familiar as they featured in the 2009 QSL card series issued by Radio Romania International.

The station itself has really moved on apace in the past year. Along with fantastic upgraded transmitters which give crystal clear shortwave reception (see Broadcast Matters column), they have Facebook, Flickr and Twitter pages too. Access them via the home page: http://www.rri.ro / and http://www.flickr.com/photos/radio_romania_international/

Finally for this month, there is a guide to museums in the UK at the British DX Club website: www.bdxc.org.uk