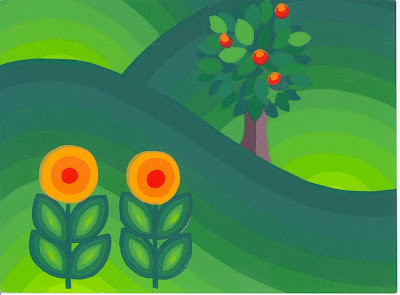 
Tony Roper received a nice commemorative 60th anniversary QSL card from Deutsche Welle which took ten days from his sending a report to receiving a QSL in the post. He logged them on 22 June at 2100 on 11800kHz from the Kigali transmitter. Tony also tuned to Radio Cuba on the nicely rounded frequency of 6000kHz, at 0105 UTC. Ed Newman was presenting the broadcast (SINPO 33333).

Programmes included This Day in History, then a commentary on the USA which Tony says “faded enough to not quite be able to hear it properly, it mainly appeared to be about the USA and probably not good stuff.” Next up was the sports desk programme, followed by five minutes of music and a round-up of news at 0135 UTC. Tony hopes to receive a QSL card for the Cuba broadcast.

Has anyone received a QSL card from Danish station DR Kalundborg? asks Keith Rann in Essex. He sent a reception report having heard their 243kHz long wave broadcast in May, which was an annual special rebroadcast of the May 1945 BBC Danish Service liberty message. Keith is still awaiting his QSL.

Howard Barnett asks for contact details of Radio Sonder Grense (which is Afrikaans for Radio Without Borders). This has been logged recently in English at 1800 UTC on 3320kHz by Andrew Kirby and they also use 7285 and 9650 kHz (plus FM locally in South Africa where they have an estimated listenership of 1,852,000 at May 2013). The station, run by the South African Broadcasting Corporation, started with an English service in 1936, to be followed a year later with the Afrikaans service.

The station’s postal address as in the 2013 World Radio and TV Handbook is Radio Sonder Grense, PO Box 91312, Auckland Park 2006, South Africa or you can contact them via the online form at their website. www.rsg.co.za Sentech are responsible for signal distribution and I have seen QSL letters from them with the following address: Sentech, PO Box 234, Meyerton 1960, South Africa.

Denis Ironman has selected some nostalgic QSL cards again for us- he sent me one of Radio Netherlands’ The Happy Station Show, from way back in 1969 when Eddie Startz was the host. Denis also sent a photocopy of a 1969 Radio Netherlands’ calendar which celebrated 40 years since the start of the station’s forerunner, PCJ. Denis recalls listening lured by the slogan ”Keep in touch with the Dutch every Sunday via Hilversum, Holland and Bonaire, Netherland Antilles.”

Denis felt the show was a great loss to shortwave and has fond memories of Eddie Startz tapping his tea cup with his spoon. The Happy Station does live on today of course through PCJ Media. It is run by Keith Perron with former Happy Station host Tom Meyer’s blessing. Tom often featured songs he had recorded while he on the Happy Station and these are online at www.pcjmedia.com/tmeijer
- September 06, 2013 No comments: