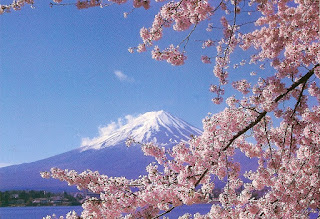 email: chrissylb at hotmail.co.uk
Chrissy Brand looks at websites with a radio connection from the latest technical developments to the stalwarts of offshore radio.


Boing Boing is an interesting website with the latest news on a wide range of technical developments, science, art and design, culture, and offbeat news: www.boingboing.net/ The gadgets section is always worth a read. It covers everything from links to a Canadian museum of antique typewriters (The Martin Howard museum at: http://antiquetypewriters.com/index.htm ) to brightly coloured BT telephones from the 1960s. Dead-drop gadgets for spies and an amplifier kit where you can place your amp into a coconut shell. (The Tubby amp kit: https://makersmarket.com/products/845-tubby-amp-kit ). Videos and photos are embedded make it an entertaining way to spend half an hour: http://www.boingboing.net/gadgets/


A similar technology website is this from Register Hardware which delivers “From the lab to the living room”: http://www.reghardware.co.uk/  News, reviews, shopping and hands on experimenting with all sorts of electronic gadgetry. There are reviews of mobile phones, laptops, sat navs, cameras, set tops boxes, televisions and radios, including the Pure Digital Avanti Flow internet radio and iPod speaker.


Back to nature now with the world’s first solar powered community radio station broadcasts each evening from a studio high up in an oak tree in Titnore Woods, in Sussex. It is an environmental station set up to save a local woodland. More details at: http://www.protectourwoodland.co.uk/titnorefm.htm   and also a Facebook page. Type 'Save Titnore Woods: The battle is on’ into Facebook search and you will find it. An interesting campaigning group and also some video and audio of the radio station itself.


Back to basics and early crude propaganda radio with the BBC Archives collection on Lord Haw-Haw: “William Joyce was a notorious broadcaster of Nazi propaganda to the UK during World War II. His announcement 'Germany calling, Germany calling' was a familiar sound across the airwaves, introducing threats and misinformation that he broadcast from his Hamburg base.” The website contains 15 programmes and many documents and photos on the subject: www.bbc.co.uk/archive/hawhaw/index.shtml


Bob Padula in Australia has released a new download audio magazine, called ‘Sounds of shortwave’. It is a ten minute audio compilation of off-air shortwave signals monitored by Bob, with voice details of station name, frequency, time and language. Catches from a field site in the Sweeney's Flats bushland reserve, on the Yarra River, in the outer eastern Melbourne suburb of Eltham. Scroll down to the 10 March 2010 blog entry for the first episode: http://airm.edxp.org/


Whilst searching for the new Radio Tirana schedule I came across a great Albanian website: http://web.ukonline.co.uk/shqip/tirana.html  It launches into some rather enjoyable Albanian folk music, or whatever else happens to be playing on Radio Dashuria. This website has some excellent scenic photos and offers many social and friendship opportunities with the Albanian community. There is even a link to the Albanian Big Brother television show. How times change, it’s not that long ago that the original Orwellian version of Big Brother was dominant in Albania… Radio Dashuria itself, which by the looks of it broadcasts from New York City, can be found online at: http://radiodashuria.com/radio/


Chris Freitas is an enterprising young man studying broadcasting and journalism at the University of Memphis, from where he hosts a regular podcast all about the joys of shortwave radio: More details at his blog: http://www.shortwaveweekly.blogspot.com/


There is also a Facebook page which is linked to from the blog. “What I am planning to do for this podcast is to meld old-fashioned shortwave radio with new media.. However, I want to make it more interesting and enjoyable. Aside from the usual shortwave news, receiver reviews, program changes, and whatnot, I will attempt to have guest speakers from shortwave stations speak out on many hot topics. Also, I will try to provide tips and suggestions and possibly a "SW Guide" of sorts so you can found out what programs to look out for this week on international radio.” The Podcast RSS feed is: http://feeds.feedburner.com/ShortwaveWeekly  or http://shortwaveweekly.blogspot.com/feeds/posts/default


From quality of today we go back to entertainment of yesteryear and Kenny Everett’s Worst Wireless Shows. Back in 1977 and 1980 on London’s Capital Radio, Kenny broadcast the worst of British music releases. “Most of the records played were not intended to be funny or novelty. Rather they were (nearly) all honest, earnest attempts at making a record that, well, just fell so-far from the mark they deserve a special category all their own.” These have been preserved for posterity (they play in Real Audio format) at: http://www.chronoglide.com/wwwshome.html  There is a comprehensive list of all artists with details when you click on them.

In May 1996 Radio Massacre International were the first group to play an electronic concert at Jodrell Bank space research centre in Cheshire, in the shadow of the biggest satellite dish in the world. It was a location buzzing with inspiration and ideal for creating improvised music. Knutsford In May is a complete direct to DAT recording of the music played that evening. The album's centrepiece is a long dynamic improvisation named 'Skeletope' which includes samples of Jodrell Bank scientists bouncing the first signals off the surface of the moon.


For the latest news from Jodrell Bank itself go to: www.jb.man.ac.uk/  The events and the night sky sections are always of interest: www.jodrellbank.manchester.ac.uk/astronomy/nightsky


You might also enjoy the mellow sounds of an Australian based band under the name of All India Radio. Playing ambient, indie and downtempo music, you can hear them at: http://www.allindiaradio.com.au/  & www.myspace.com/allindiaradio


Near and far eastern relays
If you have ever corresponded with China Radio International then chances are that you are on their mailing list to receive their glossy propaganda sheet called The Messenger. Why not save China Airways a trip and read The Messenger online instead. There are always some stunning photographs: http://english.cri.cn/messenger/


Talk of quality photography rings me to Radio Japan’s NHK World. Their souvenir calendars each year features thirteen prize-winning photographs from an annual photo contest. Radio Japan states that “Beautiful scenes of the seasons are captured by the fresh gaze of amateur cameramen across Japan, and have long been treasured by our audiences.” The photographs month by month can be downloaded as wallpaper for your computer: www.nhk.or.jp/nhkworld/english/info/wallpaper/index.html


The Voice of Peace is back on the internet at: http://www.thevoiceofpeace.co.il/
The station ran from 1973 to 1993 off the coast of Israel on 1650 KHz, with a mix of mostly English (but also Arabic, French and Hebrew). The current online station tries to capture a similar atmosphere of peace and love. The website is nicely laid out with an innovative virtual notice board and post-it stickers. The online archive stores the weekly two hour shows so you can listen at your leisure to friendly DJ banter and pop music. Doug Wood, who was onboard ion the 1980s fronts the online shows. 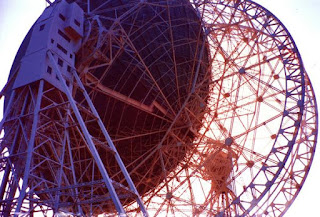 The Voice of Peace was Israel's first offshore pop station and the first commercially-funded private broadcast operation. It boasted huge audiences at times (figures of 20 million have even been quoted). You can read more at Wikipedia: http://en.wikipedia.org/wiki/Voice_of_Peace  and on Abie Nathan who was the brains behind the original ship: http://www.abie-nathan.com/  there is a great potted history at the always excellent Offshore Radio Guide website: www.offshoreradio.de/  specifically at: http://www.offshoreradio.de/VOP.htm