Not a happy Bradley...

Bradley Allen asks about Glenn Hauser. Host of World of Radio (www.worldofradio.com ) and writer of DX Listening Digest for many decades Glenn is a giant in the DX world. From his home in Enid Oklahoma he collates and monitors a wealth of information. There is always much of interest to be read at http://www.w4uvh.net/dxlatest.txt


Bradley would also like information on the Radio World programme that was aired on Belgian broadcaster Radio Vlaanderen International and hosted by Frans Vossen. The station broadcasts in Dutch /Flemish at http://www.vrt.be/ and is due to move into an impressive new building in Brussels in 2019 (see translated article at http://www.vrt.be/nieuws/2013/04/vrt-kiest-voor-nieuw-gebouw-brussel)

Fans of the station can hear a programme made around the time of their 50th anniversary at Jonathan Mark's Media Vault http://jonathanmarks.libsyn.com/mn-10-08-1995-belgium-external-broadcasting (it's also at Marks' Critical Distance blog http://criticaldistance.blogspot.co.uk/2011/03/remembering-radio-vlaanderen.html)


When did Radio World start? asks Bradley- he has tracked versions in German, Spanish and French as far back in time as the 1988 World Radio TV Handbook. Jerry Berg's Listening On The Shortwaves 1945 to today book comes up with a definitive answer on page 254. (Berg's opus magnum is available from many online booksellers). A twice monthly DX Corner programme started in 1970 with Frans Vossen introducing DX tips and listeners' letters. It became weekly in 1980 and focused more on features, as well as changing its title to DX World, which lasted until foreign language services were closed in 2005.


The station's mailbag programme Brussels 1043 is also missed by Bradley and he says the demise of the station is "clearly ridiculous".
- May 31, 2013 No comments: 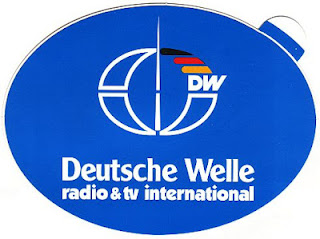 Deutsche Welle is celebrating its 60th anniversary this month.

There is plenty of interesting information on the past and present at their anniversary website.

Behind the Scenes, Lost and Found and 60 years of Journalism are three examples of this.

You can upload photos and enter competitions. Their Facebook page continues the celebratory theme  This page is about Deutsche Welle’s QSL card policy and includes a reception report form.

Radio Prague on shortwave Saturday 18 May, one day only

There is to be a one-off day of Radio Prague on shortwave on 18 May. This is to celebrate their 90th anniversary. The rest of the time you can hear them online.

There will be a commemorative QSL card as well. 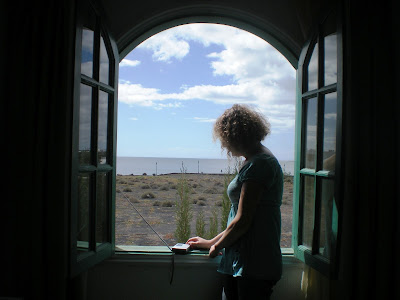 Extract from my column on from Radio User, Broadcast Matters, May 2013

I enjoyed some sunshine and the lunar lava landscapes of Lanzarote back in February 2013. The African island was a good place to listen to some radio signals when I got the chance between sightseeing and relaxing.

Medium wave seemed to be mostly the domain of strong Spanish speaking stations, such as Radio Nacional de Espana Cinco on 576, 621 and 720kHz, playing a variety of music including Lilli Marlene and others from that era.

They also pumped out much Spanish pop with a 55555 SINPO most of the time. COPE was another Spanish powerhouse with an all 5 SINPO on 1269kHz with plenty of music. 1269kHz specialised in some interesting Spanish songs while what I assumed was Jil FM from Algeria played a mix of North African music on 531 and 549kHz, as did RT Morocco on 540kHz. I listened in vain for any stations playing music of the kora, a stringed instrument from western Africa, but made do with the Lanzarote timple (a five stringed banjo), heard live in some bars and on the local FM radio.

There was a healthy smattering of Spanish FM stations to be heard. I logged about 20 in all, covering genres of classical, pop and rock, religion, ballads and talk. Power FM on 99.2 MHz is an English speaking station but not one that I could bear for too long. What I heard of the news bulletins were very American in both focus and accent (maybe it is relayed from a US station?). The music output was an insipid blend of forgettable pop and middle of the road music dating from the 1980s to today.

Shortwave, as ever, was my main radio interest. The usual stations were to be found along with some specialist African services. The big boys included BBC World Service booming in all many frequencies(9740, 9915, 15400, 17640 and 21660kHz) and TRT The Voice of Turkey with consistently good features and some exotic sounding music (the 0400 to 0500 UTC broadcast on 9655kHz gave a 55555 SINPO).

The Voice of America was a good breakfast time listen, from 0500 to 0630 UTC on 9885kHz. Hearing Larry London’s music programme along with the usual economic news and terrorist updates was a pleasure, on a transmission that was relayed from Meyerton in South Africa. (SIO 454).

All India Radio’s 7550Khz in the evenings was as strong as it is in the UK. Deutsche Welle from its Rwandan relay on 12070, 11800 and 9655kHz at 2100 UTC is always an informative and intellectual broadcast to tune to whether I am in Europe or off the coast of Africa. It specialises in African news and features, be they referendum views from Harare, solar-diesel plants on the continent or Kenyan elections fallout. Radio France Internationale in French on 15300kHz at 1730 UTC was another example of a voice positively shouting into the African continent.

It was a joy to hear Radio Cairo coming in loud and clear on 15345kHz at 1700 UTC in English with a 433 SIO, with Egyptian music and an amusing aside when the female presenter stumbled several times over a news broadcast. Radio Africa from Bata in Guinea is a US-backed religious station and, as is their ilk, full of American gentlemen drawling over “the word of god and the scriptures”. It proved an easy catch in the early evenings at 1700 UTC on 15190 with a 444 SIO.  It was wonderful to experience a very relaxed evening drive time, sitting by the swimming pool in the late afternoon sun, turning that dial to stations from Radio Taiwan International (1600 to 1700 UTC on 15485kHz)to the Voice of America’s Sudan in Focus transmissions from 1630 to 1700 UTC on 13625kHz.

Also VOA’s Special English on 15470kHz via Germany at 1600 UTC, which is always a novelty to me. Channel Africa from the south on 15235kHz at 1700 UTC with its dramatic drums and music punctuating the programme pauses contrasted with Zimbabwe’s community station Radio Dialogue in English and local languages. It too comes in clearly (SIO 555 to 544) on 12105kHz at 1600 UTC for an hour.

It was a pleasant surprise to hear Russia so well, what with its ailing shortwave commitment this year. Radio Rossii in Russian was a great sound to wake up to at 0500 UTC on 9835kHz, trailing music from many eras, and I can listen to the Russian accent for hours (given the opportunity) even though I understand next to nothing. The Voice of Russia in English soon became part of my late afternoon listening, from 1630 UTC on 9880kHz via the transmitter site at Petropavlovsk-Kamchatskiy. Media Scan with Charlene Jones covered a range of issues but I seem unable to track that programme or presenter down on the internet. Did I just imagine it?
- May 01, 2013 No comments: