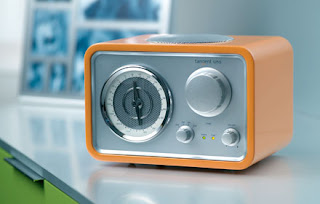 Another month and another selection of websites with a radio theme. Some of them are useful, some are intriguing and some are off the wall. This column aims to help guide you through the internet jungle and make the most of your on-line leisure time.

Statistically speaking
Starting with a very useful website of political and physical maps, key facts and statistics about the countries of the world. It’s useful in its own right and also gives good background information if you are listening to radio from a particular country, or planning a DXpedition or holiday. You simply click on a choice from an alphabetised list, world maps or class resources (for all you educators out there). Before you know it you are basking in the knowledge that the population of Bolivia (9.2 million people) own 4,250,000 radio receivers. 200,000 unique visitors to the website each month can’t be wrong: http://www.atlapedia.com/

Country profiles (and media news) are also available at the BBC Monitoring website. This department has been based in a large Victorian stately home in Caversham since 1942. It was requisitioned to become a World War II BBC listening post and decades later it still has a vital role. The website illustrates the many services it offers to subscribers. BBC Monitoring operates “around the clock to monitor more than 3,000 radio, TV, press, internet and news agency sources, translating from up to 100 languages. This extensive and growing range of sources enables us to provide distinctive, authoritative and reliable coverage of political and economic news.” The website is full of interesting links and information for the casual observer as well as the subscribers who include, government departments, academic and business people. I particularly like the site’s ‘The week ahead’ feature which lists all kinds of events taking place in the regions monitored. This enabled me to follow recent events such as the elections in Benin and Paraguay: http://www.monitor.bbc.co.uk/

Martyn Hicks has a good website which includes weather station monitoring and
selection of photos of iconic London buildings. Also mp3 files of sounds such as Big Ben’s at noon and the Westminster chimes: Home page is: http://www.martynhicks.co.uk/
with links to his Bristol weather station at: http://www.martynhicks.co.uk/weather/data.php and London sights at http://www.martynhicks.co.uk/personal/html/london/group2.html
This gem of information about Big Ben is included: “There is a long swinging pendulum which has a stack of old coins on it to make the clock keep perfect time. The clock has run continuously since 31 May 1859 except for a stoppage of 13 days in 1977. In 1845 a host of starlings rested on one of the minute hands and slowed the clock by five minutes. "

Mark Hattam has a website dedicated to DX at: http://www.dxradio.co.uk/. I have always admired the non-nonsense, straightforward design of this site, which has Mark’s latest DXing news summarised by date at the top. If you want access to a huge array of archives or other links you can scroll down the left and right side margins at the site. (Harmonica, weather, reception conditions etc.) An example of content for you: “MW DX - Toronto dominated the DX logs tonight, presenting the best audio. Many other stations heard too, but didn't stay on 700 WLW, 760 WJR for long enough. Solitary station heard in the x-band (1620-1700 KHz) was KVNS from SE Texas.”

In Canada, Toronto radio is amply covered by the website at: http://www.toronto.hm/radiowaves.html amongst many others. The national brpoadcatser CBC is a station I listen to online quite a lot, especially their Radio 2 which offers jazz and classical music: Some great podcasts as well: http://www.cbc.ca/radio/ and http://www.cbc.ca/toronto/ 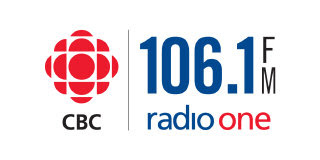 Code breakers and history makers
The stories of some of the women involved in the code-breaking work at Bletchley Park during World War II have been recorded for posterity. Recently the British Computing Society (BCS) President Rachel Burnett welcomed the Women of Station X and their friends and families to a special event where Sue Black, BCS Women chair, formally handed over the recordings of the interviews to Simon Greenish, director of Bletchley Park, for safekeeping in its archive. The oral histories and DVD telling the story of the Women of Station X are also available on the BCS website:
http://www.bcs.org/ and: http://www.bcs.org/server.php?show=nav.9988

There are several mp3 files on the site relating to Bletchley Park and Enigma, with the promise of more to come. These include some words on the Stanmore, Middlesex, outstation, the billeting of WRNs (Women's Royal Naval Service) at Woburn Abbey, recruitment and training, working on the bombe, cracking Enigma, and looking back.

World War II is included at the North American Military Vehicle Preservation Association website. This international organisation has been running for 30 years and is based in Missouri, USA. There is a members' only section but plenty to read and see for non-members, including communications information: http://www.mvpa.org/

Tangent Audio are a Danish company who make some supremely magnificent looking products, including radios, CD players and loudspeakers. You can download and salivate over a pdf of their catalogue at: http://www.tangent-audio.com/

The Tangent Uno was the first radio that they made. “Tuning the FM/AM radio is like taking a trip back in time: turn the solid knob and keep an eye on the 50’s inspired tuning dial showing the setting. You can practically hear the be-bop on the airwaves. Have a lot of music on a portable MP3-player? Just connect it via the auxiliary connection and get the most out of your music from this century. The driver unit provides a full range of musical experiences, filling your listening space with sound. Rich low-frequency effects complement the sharp treble found at the opposite end of the sonic spectrum.”

Alas, I see that time and space has beaten me once again. I shall take my leave to search out some more online audio delights to share with you next month.
- June 12, 2008 No comments: