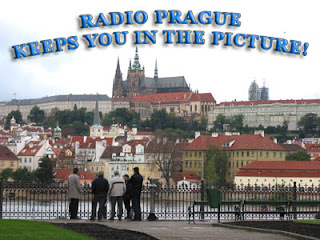 David Vaughan, the former head of the English Section writes:

It has just been announced that the Czech Ministry of Foreign Affairs is looking for Radio Prague to end all shortwave transmissions from the Czech Republic at the end of 2009. This would be an irreversible step. Radio Prague is the only customer at Litomysl and this would result in the closing and dismantling of that transmitter site.David has written a letter which he would like to be as widely circulated as possible:

You are probably not yet aware that the future of Radio Prague – the international service of Czech Radio – is under serious threat. The station began shortwave broadcasts in 1936 and, with the exception of the period of the wartime German occupation, has been broadcasting to the world ever since. Like most international public service broadcasters, Radio Prague is state financed. It is paid for through the state budget, via the Czech Ministry of Foreign Affairs. Radio Prague is facing a 20% cut in its budget for 2010.

At first glance, this figure does not seem like a mortal blow, but its impact will be devastating. The Foreign Ministry has stated explicitly that it considers shortwave to be an anachronistic means of broadcasting and has called on Radio Prague to terminate its shortwave broadcasts entirely from January 2010. As a result the transmitter in Litomysl (east of Prague), will almost certainly be dismantled. Radio Prague will continue primarily as a website. The saving to the state budget will be tiny. In order to save around half a million euro, Radio Prague will end as a shortwave broadcaster after more than 70 years.

In the course of my time as a BBC correspondent and than as editor-in-chief at Radio Prague (until 2006), when I was also active in the European Broadcasting Union, I followed developments in international broadcasting closely. During that period a number of international broadcasters abandoned their roots in radio – nearly always at the bidding of bureaucrats rather than those involved in the stations themselves. Almost without exception the outcome, sooner or later, was the demise of the station altogether. There are several reasons for this.

One helpful parallel is to compare the position with that of a newspaper with a long and rich tradition, which stops appearing in paper form, and maintains only a web presence. Although the worldwide trend towards digitalization is clear, this does not mean that it is wise to throw out overnight all the advantages of producing a "traditional" newspaper. In the case of radio, the risks are still more evident, because public service broadcasting is a very specific medium with a distinct tradition and audience, and at its core is the spoken word.

In the seven decades of its existence, Radio Prague has built up a huge base of know-how and an impressive reputation internationally: Its role in the events of 1968, when Radio Prague journalists defied the Soviet-led invasion of Czechoslovakia is legendary. Radio Prague has built on this tradition in the two decades since the fall of communism, transforming itself into a thriving modern broadcaster.

There can be little doubt that it has a far larger audience than any other Czech radio station, but unfortunately these listeners are scattered around the world and do not form a strong domestic lobby. 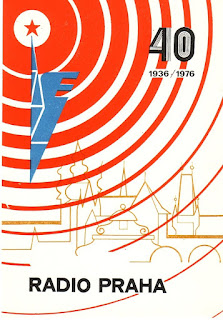 Shortwave broadcasts are in decline, but they have to be seen as part of a broader mosaic. Today's international broadcasters have long been aware of the need to broadcast on a number of different platforms: shortwave, medium wave, FM, satellite, internet and others. The more forward-looking among them have learned to be flexible and innovatory. In this respect, the modern transformation at Radio Prague began over fifteen years ago when it was one of the first international broadcasters to set up its own website. That was back in 1994. This was quickly followed by its daily email news service and other innovations, including its enthusiastic commitment to satellite broadcasting. At the same time it has modernized the way that radio is produced; its journalists today take it for granted that they are working in a multi-media environment, where the spoken word is reinforced by text and image.

And Radio Prague has learnt to be extremely cost effective, broadcasting around the world in six languages for the equivalent of less than three million euro a year. In order for this to continue, it is absolutely crucial for Radio Prague not to forget its core activity.

The station's current success is built on its status and tradition as a radio broadcaster. If it forgets its identity as radio, it will inevitably lose its way, desperately trying to compete in a field that is not its own. The news of the latest cuts puts the staff and management of Radio Prague in a difficult position. It will not be easy for them to launch a campaign to save the shortwave broadcasts, as they could find themselves facing the alternative of having to cut jobs instead. Given that the amount of money needed to save the shortwave broadcasts is so small, I am convinced that the cause is worth fighting for and that it does not have to be a case of pitching jobs against shortwave.

If the decision-makers in the government and at the ministry can be made to understand what is at stake, I am sure that the money can be found. That is why I am writing this letter – to encourage listeners around the world to rally behind Radio Prague at this difficult time.

Email: podatelna@mzv.cz
Listeners should contact the Czech Embassies and representatives in their own country.

A List of Czech Embassies can be found at: http://www.mzv.cz/jnp/en/diplomatic_missions/czech_missions_abroad/index.html 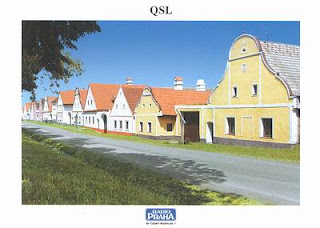