Chrissy Brand looks at websites with a radio connection. This month she looks at radio corporations on three continents, radio studio tours, radio and the space race, readers’ recommendations and a round up of some online frequency guides. 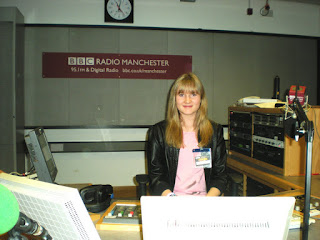 
The BBC is not the only broadcaster whose moniker ends with “corporation”. The South African Broadcasting Corporation is one that is in the news at the moment, being the host broadcaster for the World Cup. You can keep up with developments at the SABC news website: http://www.sabcnews.com/  and http://www.sabc.co.za/


The Guyana Broadcasting Corporation runs the Voice of Guyana in English at: http://voiceofguyana.com/


Back to the original Corporation in the shape of the Beeb. BBC Tours are available at many studios and station around the UK, from Radio Cornwall in Truro to BBC Scotland in Dumbarton. More details of which one to choose and how to book at: www.bbc.co.uk/tours


I recently went on the BBC Manchester tour, which was a fantastic two hour trip around the radio and tv studios, the BBC Philharmonic Orchestra studio and much more. From next year the 1970s building will close and the BBC will move to Media City in Salford (along with BBC Radio 5 Live and BBC children’s television), and even grander tours will be available. Radio 5 Live presenter Nicky Campbell is one of many BBC who is looking forward to moving there: “It’ll be lovely to live where all the buzz is going on, and I’d like to find somewhere by the waterside.” To see how the dramatic new canal-side development is shaping up have a look at: http://www.mediacityuk.co.uk/ 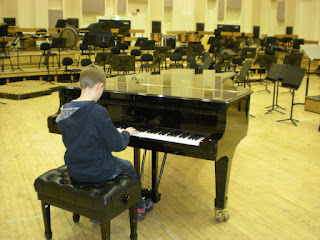 A London museum that I want to try and visit this summer is the much-vaunted British Vintage Wireless and television Museum in West Dulwich. It is by appointment only but I have heard many good things of this paean to radios. The website describes it better than I could: “The Museum has an ever-expanding range of radios, televisions, speakers and radiograms from the dawn of radio up to the last valve model ever made. Items of interest to academics, historians, manufacturers and collectors are on exhibition. The Museum consists of two buildings making thirteen rooms with 1300 wireless receivers on show, along with many display cabinets of components and wireless associated artefacts, also a period shop. There is a valve laboratory enabling the manufacture of early Triode valves (the three electrode valve) plus workshops to demonstrate the manufacture of chassis, cabinets and associated parts for wireless construction.” http://bvwm.org.uk/

Vintage radios and the space race


Over to the States and an intriguing North Carolina based website at: http://www.foxtango.org/  It is for users of the Yaesu receiver. As you would expect, it contains modifications, opinions and general information, but dig around and you find other stories to get hooked on. For instance the page at the difficult to type URL of: http://www.foxtango.org/KT-135/LAFAYETTE%20KT-135.htm


This is all about the Lafayette KY 135 radio and also leads to a section on NHS Radio Japan. NHK stands for Nippon Houso Kyokai, translating as the Japanese Broadcasting Corporation. The author, Carol L. Maher W4CLM, visited the studios and there are photos and insights to the trip. Back to the Lafayette KY 135 radio which Carol owned and enjoyed as a 13 year old in 1969. “Some 37 years later I decided to search for my first receiver and find another KT-135 as my original receiver was long gone. The Lafayette KT-135 is a four band regenerative receiver and if you have never had the pleasure of using a radio like this, it's basically like grandpa's crystal radio set on steroids!” Carol explores the build-your-own Lafayette (encased in a large wooden box, almost like a precursor to the Pure DAB radios of today) in detail along with some well phrased shortwave reminiscing.

Another ripping yarn I enjoyed online was the following: www.cold-war-sputnik-soviet-space-dog-laika.com/index.html  This is a detailed reference book by Aaron George Bailey in Arkansas. Ten chapters and packed with information about the space race it includes signals from space that Aaron has received, and endless links that divert and delight you, including details of his first receiver, a build it yourself Heathkit GR-91.
Readers recommend
Trevor M5AKA on The Radio User email Yahoo group, which is at: http://uk.groups.yahoo.com/group/RadioUser_Readers/
recommended the following websites. Amateur Radio on the International Space station (ARISS) SSTV picture gallery: http://www.amsat.org/amsat/ariss/SSTV
International Space Station Fan Club: http://www.issfanclub.com/  “During 1996, a group of amateur radio operators involved in the communications with the MIR Space Station, decided to join into the "Mir Fan Club". In a very short time over 1200 enthusiasts from all over the world asked to participate, including Cosmonaut Valery Korzun, while leading crew #22. Nowadays MIR is not flying anymore, but here we are again with the same spirit and the same enthusiasm for the ISS, the new International Space Station.”

AMSAT-UK publish a colour A4 newsletter, OSCAR News, that is full of Amateur Satellite information. Join online at: https://secure.amsat.org.uk/subs_form
David Morris points us to this Alabama site and the history of Birmingham radio station which first hit the airwaves on May 27, 1925: www.birminghamrewound.com/radio-tv2.htm
Read all about the many stations that have served the station for decades. The website is packed with colourful station logos, classic black and white photos of studios and buildings, DJs and roadshows. It’s a really enjoyable read and evokes memories of the USA rock and roll radio eras even for those of us that weren’t around. For example “The WILD studios in 1954, on US 31 beneath Vulcan. When the station became WYDE, and the format rock 'n' roll, the circular driveway became a drive-up request window”.The history of Birmingham television is equally enthralling at: http://www.birminghamrewound.com/radio-tv.htm
Another vintage from yesteryear still in action today is the mobile cinema, striking in its appearance and to my eyes looks like a 1950’s vision of a spaceship: http://www.vintagemobilecinema.co.uk/
The Ministry of Technology built seven of these custom mobile cinema units in the 1960s, “to tour the country, promoting modern production techniques to British industry. The seven Bedfords were operated by PERA, or the Production Engineering Research Association. Films would be played within the cinema, with supporting displays shown in the trailer that accompanied the towing unit as they toured the nation’s factories.” The one remaining van has been restored and is touring Devon this summer. Featured on BBC1 South West, it is also available for hire if you have a suitable occasion to use it. 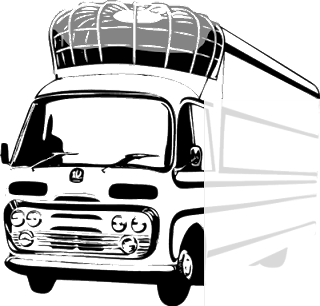 Global guides
The World Radio and TV Handbook summer season broadcasting schedules file is now available at: http://www.wrth.com/  .Other online international broadcasting guides include that of Eike Bierwirth at: http://eibispace.de/  and The Primetime Shortwave list of English language broadcasts at: http://home.centurytel.net/danielsampson/  The HFCC (High Frequency Co-ordination Conference) public list which updates each season with all shortwave frequencies, transmitter sites and country codes etc. is at: www.hfcc.org/data/index.html
Whether you are travelling in Europe this summer, or if you are staying at home, don’t forget the Euro-African medium wave guide website at: http://www.emwg.info/  A list of all the stations on medium and long wave with a recent separate addition of a programme guide, which is very welcome. The Euro-African MW guide is partnered with the UK’s Medium Wave Circle, which you can read about at: http://www.mwcircle.org/
The British DX Club website always has useful information, As well as its paper-based Broadcasts in English and Radio Stations in the UK publications, there are online guides such as a Media Programme guide, Africa on Shortwave, External Services on Medium Wave, Middle East on Shortwave, South Asia on the Tropical Bands, UK on Shortwave, as well as plenty of articles to keep you informed and entertained: http://www.bdxc.org.uk/