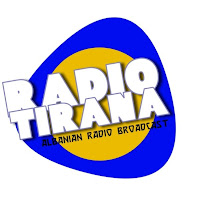 You can always listen online as well, or, for some classic archive recordings, search at YouTube and you won't be disappointed...
- October 10, 2012