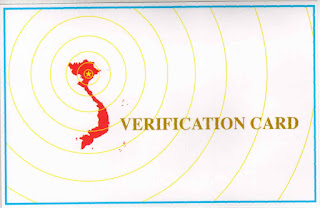 In the August RadioUser Howard Barnett of Northampton asked about a Russian sounding station on 9800 KHz from 1915 to 2045 UTC. I have consulted the current season’s HFCC operational schedules and 9800 KHz is licensed to Radio Bulgaria from 1800 to 2000 UTC. The station is scheduled to air broadcasts in its mother tongue of Bulgarian then, from their 250KW transmitter at Plovdiv.

We welcome back Geraint Gill in north Wales who has been listening to a wide selection of stations on shortwave recently including the Voice of Vietnam from the Moosbrunn (German for ‘mossy well’) transmitter. This site has been located on the outskirts of the Vienna Woods since 1959, and comprises six shortwave transmitters, owned by state broadcaster ORF (Österreichischer Rundfunk). As well as Vietnam’s external services and ORF, Moosbrunn is currently used to relay programmes of Adventist World Radio, Trans World Radio, BBC, Radio Canada International and FEBA. The latter is the Far Eastern Broadcasting Association, which is a US backed Christian station that uses Moosbrun to broadcast in Arabic.

Geraint’s logs were made on his trusty Grundig Yacht Boy 400. The Yacht Boy first rolled off the production line in 1994 and has proven to be a popular model. It is a great portable model with the a warmer sound than some portables of similar size. It has digital read out and coverage of longwave, mediumwave, FM and shortwave from 1711-30000 kHz. You can still pick one up second hand, but prices vary on eBay. I have seen them fetch between £40 and £80 in recent months.

Grundig has a pedigree history, having been founded in Nuremburg, Germany in 1945 by Max Grundig, although prior to that there was a family radio shop in the 1930s called Fuerth, Grundig and Wurzer, which sold radios. Televisions were also produced and in 1960 Grundig’s first factory outside Germany was set up, in Belfast, manufacturing tape recorders. The ever popular Yacht Boy and Satellit range of radios commenced in the mid 1960s, with the Satellit 205 and the Stereo Concert Boy.

Another of our regulars has also recently bought a shortwave portable. Scott Caldwell has been using an Eton E1, as recommended by many listeners. He is investigating a suitable antenna to use with it (along with its telescopic). So far in order to maximise its potential he has “decided a back to basics approach, consisting of a random wire with a close coupling connection. The best results obtained so far were provided by the DX 10 Active Professional Antenna.” Another of Scott’s antenna dilemmas concerns a tuned medium wave loop antenna. At present his Wellbrook loop is static and attached to a garden fence, unable to null out stations. “To counteract this problem I would like to build or purchase a small tuned medium wave loop antenna. However I cannot find suitable instructions or component lists on the Internet. This may keep the cost down. An alternative option is the AOR LA380 loop at £190, better not tell the girlfriend!” If you have any solutions do let me know, and I will print them next month, along with results of my own research into this one.

Catches from Scott this month include the American religious University Network on 6090 KHz. He downloaded the World Radio and TV Handbook summer updates from: http://www.wrth.com/ but found hat extreme interference limited a lot of his time online. Hopefully this is not interference from the plug-in device which is being sent by British Telecom to some of its Home Hub customers. This is proving to be the source of very severe interference across the shortwave bands. The BT Vision Power Line Adaptor is usually labelled Comtrend DH-10PF.

Thjere are campaigns by DXers to counteract this, and I suggest you join forces. Mike Todd Mike has set up an internet group under the banner of UKQRM to offer support and organise some sort of fight back: http://tech.groups.yahoo.com/group/UKQRM

The web link for filing an interference complaint with Ofcom is at: http://tinyurl.com/5wsf9h If you don't have internet access you can write to Ofcom, Riverside House, 2a Southwark Bridge Road, London SE1 9HA or ring them on 020 7981 3040 or 0300 123 3333 and say that you wish them to investigate a radio interference problem.

Geraint Gill logged Radio Exterior de Espana’s evening English programme, at 2130 UTC on 9690 KHz. This was interference-free but with some noise, resulting in a 35333 SINPO. The station gives interesting news from an Iberian perspective, as well as music, art and travel features that are amongst the best on the bands. Their current English schedule to Europe is from 2000 to 2100 UTC on weekdays on 9665 and 11625 KHz and on Sundays an hour later on 9840 KHz.

Medium wave, QSL cards
You can also hear Radio Exterior de Espana from further afield transmitters. The Costa Rica relay was recently logged on 2250 KHz at 0315 UTC, in Spanish. 9535 KHz at midnight UTC will get you an English to the Americas broadcast. If you get withdrawal symptoms due to a lack of Saturday programmes, it is easy enough to pick up Spanish national services on medium wave instead, any night of the week. RNE, SER and COPE channels include 1026, 1044, 1080, 1179, 1269 and 1287 KHz. 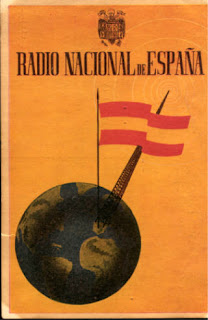 Commemorative QSL cards are often for specific station anniversaries, exceptions being when global events such as the Olympics occur. China Radio International (CRI) started issuing a range of QSL cards a year ago, and will doubtless have enough to stock to carry them to the London 2012 games. There may well be other international stations acknowledging the 2008 Games with a special QSL card, so it will be interesting to find out. I am unaware of ERT the Voice of Greece issuing any for the Athens 2004 Games, although there were certainly a good range of Olympic postcards on sales in Greece that year. Radio Prague’s Czech athletes QSL series for this year ties in nicely, especially with Emil Zatopek, a hero of the London 1948 and Helsinki 1952 Games.

Ever since it was awarded the Beijing Olympics, state broadcaster China Radio International has been using the Olympics as another tool in it propaganda arsenal. I have little doubt that this will continue well beyond the games as well. At the time of writing the world’s athletes, and the world’s media, are descending upon China. You can send brickbats, plaudits or requests fro QSL cards by email to CRI at: crieng@cri.com.cn 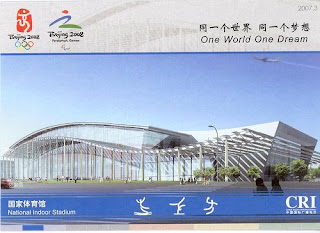 Tuning into their evening medium wave broadcast via the Lithuania transmitter at Sitkunai, UN Secretary General Ban Ki-moon was cited as praising the 2008 Games for having the “most marvellous Olympic stadia” and he went to talk of “the great courage of the Chinese people in light of the earthquake”, earlier in the year. I quickly tuned away from the 1386 KHz frequency, booming in at 2000 UTC with 44444 SINPO. Instead I moved to a fascinating feature from a much loved station, Radio Stockholm in Sweden. The 1179 KHz is an easy catch on medium wave from the Sölvesborg site at 2030 UTC.

The feature I heard was a delightful wander amongst a suburban wooded cemetery. This cemetery on the outskirts of Stockholm was opened amongst the forests in the 1920s, and is now a resting place for people of all denominations and religions. Greta Garbo is the most famous resident, and the cemetery is now UNESCO protected.

Finally I am very sorry to have to report the passing of Stephen Larsson, aged 47. Stephen, of Bovey Tracey in Devon, was a regular contributor to these pages. In April he logged NHK Radio Japan and Radio DMR in the Dniester Moldavian Republic (7370 KHz at 1700 UTC), catches which were mentioned in the eulogy given by his cousin Tim Franke. When a radio ham passes on the terminology used is that they become a “silent key”. Our condolences to Stephen’s family and friends and may he rest in peace in the great radio shack in the sky.
- September 09, 2008