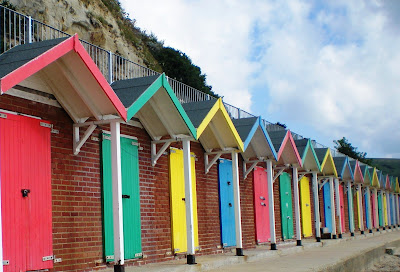 This is an extracct from my column Long Medium and Shortwave Broadcast Matters, first published in Radio User September 2011,  PW Publishing: www.radiouser.co.uk

I can understand the feelings of unease, to put it mildly, that we are all experiencing when we hear of so many broadcasters giving up shortwave, and often for all the wrong reasons.
Despite this I still feel there is still so much to be heard and so many signals to detect. I really can’t see a future where the High Frequency bands are bereft of broadcast stations with both interesting programmes to hear and a decent quality signal. Call me naive or blinkered but I remain optimistic.
Looking at the logs in this column each month [see the magazine itself] also reminds me that there are no shortages of exciting DX opportunities right now. Whether you are a DX newbie or an old hand these logs are a good place to start a journey around the bands. I always enjoy comparing what I can hear to others’ findings, and invariably discover a new frequency or time slot that I don’t usually tune to.

Either way, in the meantime I am making the most of what is out there on the bands. I feel pleased with the balance I have managed on these long summer evenings between socialising and relishing the delights of shortwave. I have been enjoying the Manchester International Festival, its fringe event and the Manchester Jazz festival, as well as being fortunate enough to be regularly wining and dining in town. http://mancunianwave.blogspot.com/

Balancing that out have been some quieter evenings where I enjoy settling down with some famous names of the broadcast bands. If the signal is proving to be a tricky one to pull in then I’ll use a radio such as my trusty Sony 7600D, Sony SW100E with an indoor antenna, or my newest addition, the Tecsun PL380 . Where the signals are clear, which many have been for much of my summer evening listening, I prefer the deeper sound from the larger speakers on my 1970s Prince and Fidelity radios. I am often checking on eBay for other vintage radios that take my fancy but my apartment is small and as much as I love radio, I am wary of crowding every nook and cranny with a set. One in, one out, may be a policy I have to adopt in the near future.

Anyway, here’s a typical shortwave summer evening, preferably with me sitting by an open window open watching passersby in the street below, and a cool drink to hand. At 1900 UTC I’ll tune to 11610kHz for Radio Netherlands from Kigali in Rwanda. 7425 and 15495kHz are also in operation at this time, with 7425 and 11610kHz continuing for two hours until a 2100 UTC sign off.

A programme which has maintained high standards for many years is The State We’re In, with Jonathan Groubert. Not only does it have a clever title, it features some clever people and stories to make your hair stand on end. One of these concerned FBI undercover Bob Hamner whose exploits including talking his way out of being caught with a recording device while having dinner with a Mafia gang. Another featured Anas Aremeyaw who is an investigative journalist from Accra in Ghana. He is also a household name there despite the fact that very few people know what he looks like. He has successfully disguised himself as a white man and a woman in his time. The Bridges with Africa programme on Thursdays is a lesser known but equally rewarding listen, with music and features covering the full range of the arts, including contemporary dance.


Do write to them at P.O. Box 222, NL-1200 JG Hilversum, The Netherlands. Or you can find their various Facebook pages and comment there, or via their website: http://www.rnw.nl/

As the Dutch national anthem (The Wilhelmus) fades I’ll turn to 15330kHz at 2000 UTC for an hour of Radio Canada International. 15235 and 17735kHz are the other frequencies at this time, with all three emanating from the Sackville transmitter site in New Brunswick, and the SIO varying from 323 to 444 at best. Although aimed at Africa the signal is perfectly acceptable in the UK.

The Link is a 60 minute feature programme traversing tremendous variety. I especially enjoyed their coverage of the child-friendly Montreal jazz festival, and they cover Canadian musical talent as well as international. Madison Violet are a folk and pop duo of Brenley MacE8uachern and Lisa MacIsaac who I recommend. Adam Karch is another good musician, whose blues recordings include Cotton Fields and Crossroad Diaries. Contact the programme and the station by writing to The Link, Radio Canada International, P.O.Box 6000, Montreal, H3C 3A8, Canada. Or you can simply email info@rcinet.ca

All India Radio, as I mentioned in the June column, is a favourite station of mine. The intelligent and independent commentaries, exotic Hindustani music and the unique acoustics of the studio make it a pleasure to turn to 7550kHz any time between 1745 and 1945 UTC and 2045 to 2230UTC. Other shortwave frequencies include 7400, 7410, 9415, 9445, 11580 and 11670kHz. You can write to them post at The General Overseas Service of All India Radio, Broadcasting House, Parliament Street, New Delhi, India. Or there is a reception report form you can complete online at http://www.allindiaradio.org/recepfdk.html


The Voice of Russia is available throughout the evenings with 9800kHz at 2200 to 2300UTC from the Russian transmitter at Krasnodar being a late night port of call for me. 12040kHz at 1800 to 2100 UTC is another good option. I also enjoy the Russia Today tv station in English (channel 85 on Freeview). Both have excellent programmes although radio station has the historical pedigree. I am still unsure however about the music played underneath the news bulletins that they introduced late last year. The Musical Tales programme more than makes up for this though, on Sundays at 2030 UTC. You can contact the station by email world@ruvr.ru  or by post to Voice of Russia, 25 Pyatnitskaya St., Moscow, 115326, Russia.


Should I get restless with any of these stations, I will turn to Radio Kuwait on 15540 (from 1800 to 2100 UTC) which has been putting out a 555 SIO here in north-west England of late. It plays a real mixture of musical genres, interspersed with regional and international news. It’s a relay of the domestic station on 96.3 MHz FM and 963kHz medium wave. On shortwave you can also catch Kuwait on 11990kHz. The station address is Radio Kuwait, Safat P.O.Box 193, Kuwait City, Kuwait, 13002.

South Korea’s international broadcaster KBS World is another solid performer with news and lifestyle programmes which leave me feeling I really have learned something. Each time they sign off from a broadcast I reflect on how privileged I have felt to go on a tour of what appears to western eyes and ears to be an exotic far off country. This is a quality which I am sure many of us will agree to be one of the most alluring aspects of tuning to the shortwave and medium wave bands.


I have always found KBS World‘s coverage of what is termed “K Pop” to be an amusing aside from more serious musical styles. I was surprised to read online and in the press that it seems to have become quite widely popular in other parts of the world- a trend that has developed this summer. K Pop, for the uninitiated, is a genre of bouncy, rather fluffy pop music, usually with a catchy hook line or two. The lyrics can be in Korean or English, or quite often just a series of vocal noises. A song that has stuck in my head is “Hot summer” by FX, along with Bo Peep’s “Poppy”. The K Pop programme is hosted by a team which includes Sarah Jun, Angie Park and DJ Young.

Finally this month, the latest Radio Romania International contest is based on the  2011 George Enescu Festival. This music festival takes place throughout September across Romania. You need to submit answers to the following questions by 30 September, (answers which you can find at the Radio Romania International website http://www.rri.ro/ ):
1. When and where was George Enescu born?
2. Name at least three compositions by Enescu.
3. Name at least three prestigious musicians attending this year’s edition of the festival (soloists, conductors or orchestras).
4. Which edition of the “George Enescu” International Festival is running this year?

Brilliant list of frequencies and suggestions Chrissy, with some insight into the attraction of world band radio too and some rare and confident optimism about the future state of HF.

Kuwait was one of my first catches as a child back in the early 80's and it's great to know that it is still out there.