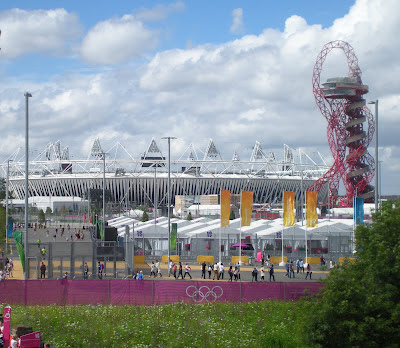 Wherever you are in the world, domestic coverage of the Olympics is always biased and dominated by events and news from the broadcaster’s home nation. The BBC’s domestic tv and radio is sadly no exception. Thankfully its worldly-wise and more mature sister, the BBC World Service, as ever redresses the imbalance by reporting on a wide range of nations’ Olympiads and sporting endeavour.

I’ve enjoyed tuning around the shortwave bands to hear what other broadcasters have been saying as well, and here are a few highlights of my radio Olympics so far, mostly heard when waking up about 0600 local time. Times and frequencies that I’ve tuned in are in brackets- each station does of course broadcast at additional times and on other frequencies too.

All India Radio (7550kHz 2100 UTC) carries a regular short feature on the games each day.

Radio Romania International, 9790 at 0530 UTC –covered their gymnasts winning a bronze and a gold in the 10m air rifle shooting as part of their excellent Radio Newsreel programme. At 0340 UTC on 9640kHz on 4th August “no medals for Romania today” but a report on their trouncing of Britain at volleyball, or was it water polo?

China Radio International (11710kHz at 0510 UTC et al.) refuting US and other western accusations that their 16 year old gold medallist swimmer Shiwen Ye was using performance enhancing drugs. “Why has no-one accused Michael Phelps of that?” they retorted- a good point, I thought. They also mentioned the badminton disqualifications of Chinese, Indonesian and South Korean teams for trying to lose and get an easier draw in the knockout rounds (9600kHz at2100 UTC).

The Voice of Nigeria included the latest news from the South African and Nigerian teams on 15120kHz at 0615 UTC.

BBC WS on 12095kHz at 0515 UTC covered the chances of the Rwanda team winning a first ever medal.

Radio Australia was rather quiet about the Olympics when I tuned in- they are underperforming which is a surprise, but they were concentrating on a local live rugby match instead. (15415kHz at 0530 UTC).

Radio Belarus at 2100 on 7255kHz featured the exploits of the Belarussians and will doubtless now be rejoicing at last night’s shot put gold medal thanks to Nadzeya Ostapchuk. 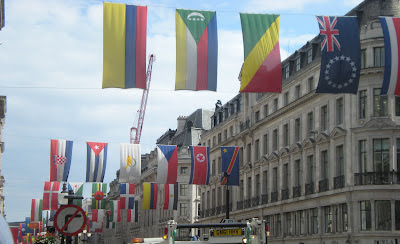