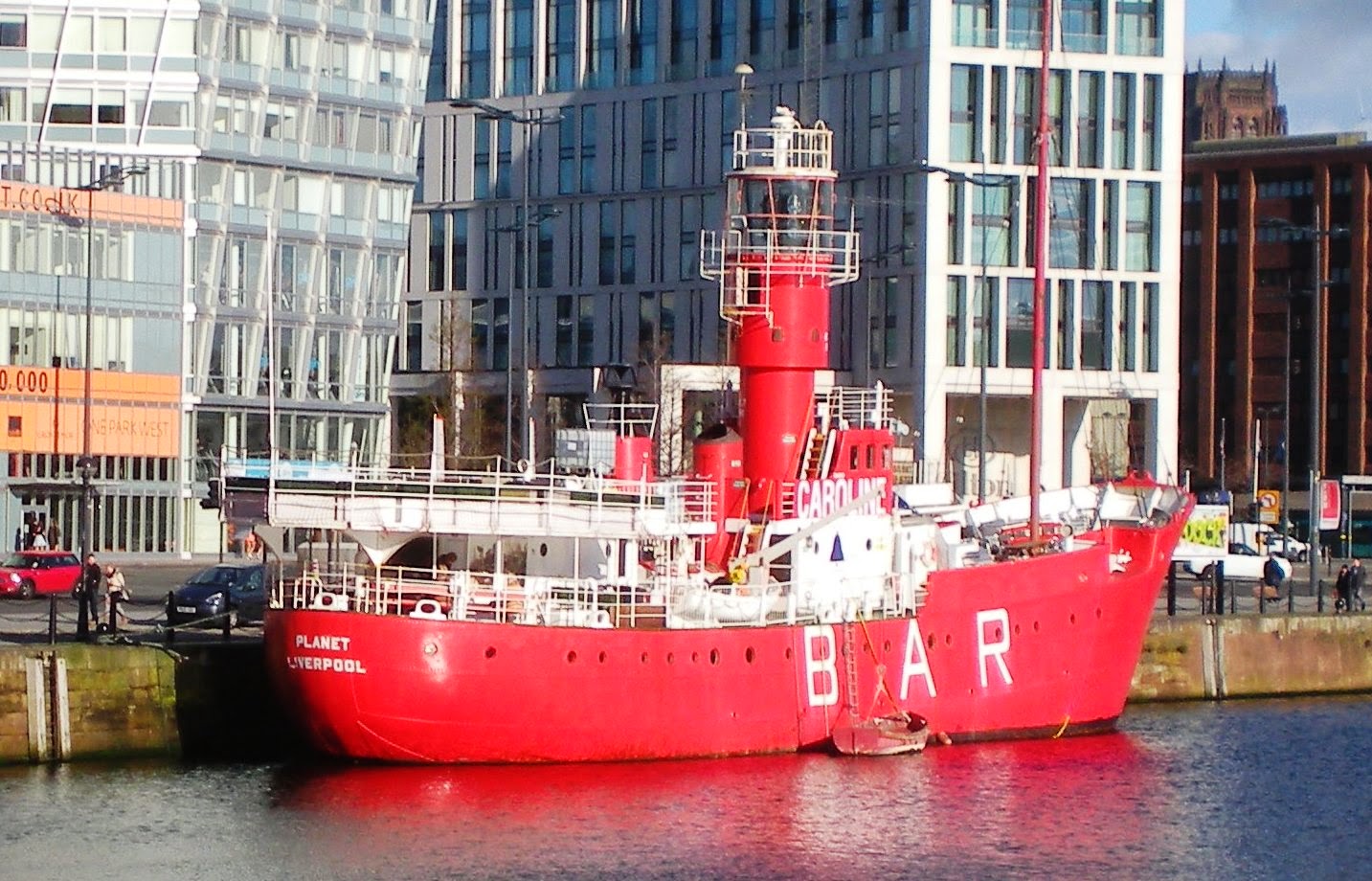 It was exhilarating to go aboard the Lightship Planet in Liverpool this week, the host boat for Radio Caroline North’s month-long RSL (Restricted Service Licence). Nicely rigged out with Caroline insignia and slogans and a 30m mast, the ship was proving popular with radio anoraks and the public in general.

It’s moored there in Canning Dock usually anyway, as a café and bar, but it was the first time I had boarded a free radio /pirate radio/offshore radio ship, which meant a lot to me. Ok, I know it’s all legal this time around but let me have my daydreams please.

I was too young to know of Radio Caroline and the other 1960s offshore stations at the time but fully appreciate that they changed the face of radio in the UK and beyond forever. At the time there was no radio choice other than the 3 BBC radio stations (Home, Light and third Programme)- rather too staid for most of the youth of the day, and only Radio Luxembourg on 208 in hours of darkness with any pop music at all- and that was all pay per play by the big record companies. There are dozens, if not hundreds, of websites and accounts of the offshore days, so if this is all new to you, just look them up for far better details than my scant post here.

Radio Caroline North on 87.7 MHz (and streaming online at) this time around was playing old school , music,  Leonard Cohen, Pink Floyd, some 60s rock and roll I didn't know but the spirit of free radio was alive: technical problems persisted too, with the generator periodically cutting out, and a host of workmen lugging on massive wooden table tops and legs to refurbish the ship’s entertainment areas for when it reverts to being just a café and bar once Caroline North has gone. 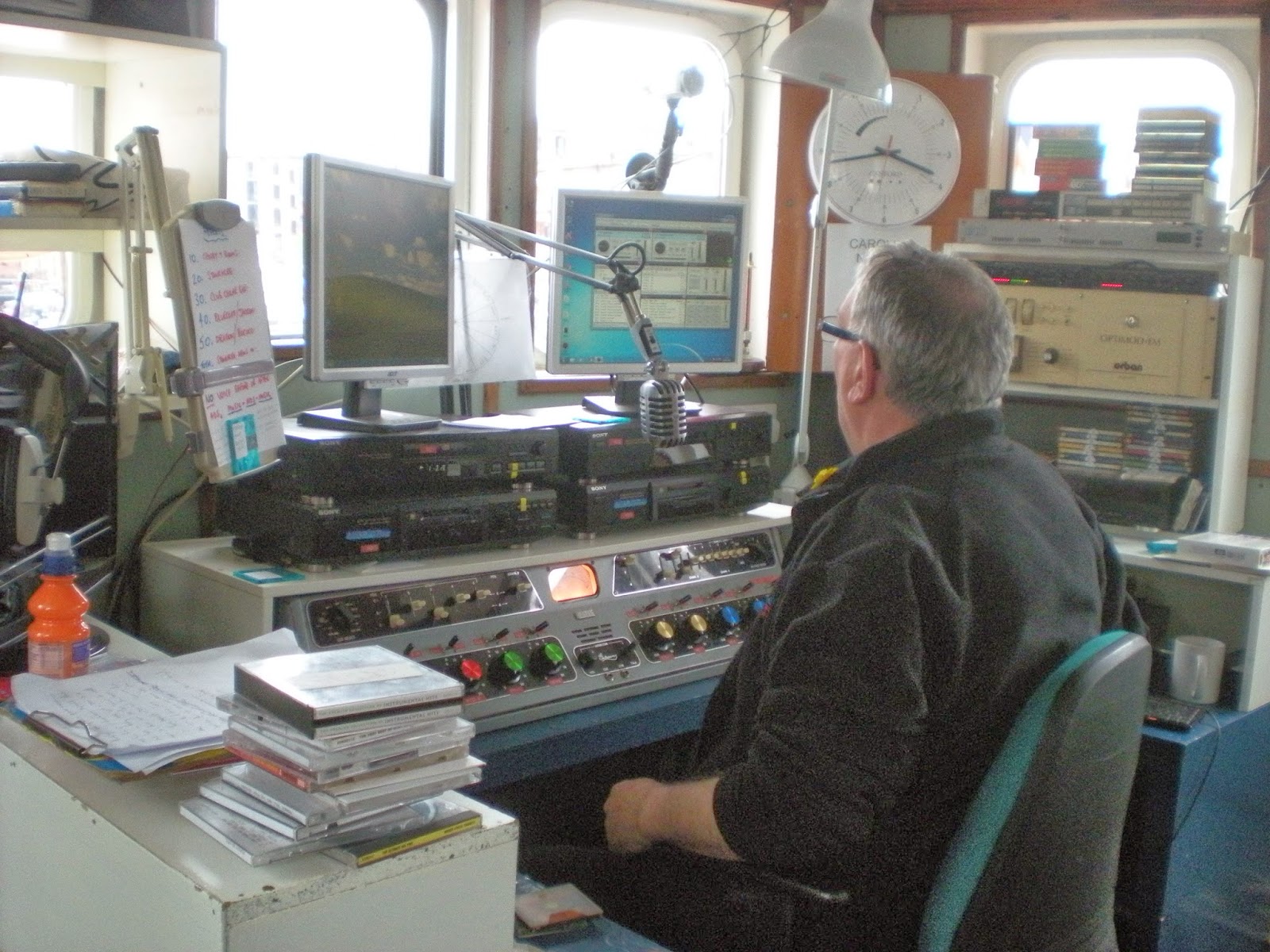 The gift shop was well stocked with a range of t shirts, stickers, key rings, 50th anniversary pens, CDs and a mini library’s worth of offshore radio books and it was great to look around the production rooms and studio. Some rather lovely polished wooded sleeping quarters too.

I realised that my era of Caroline was the mid 1980’s version on medium wave, playing plenty of album tracks and a firm favourite of mine in my car, as I drove around London suburbs or on day trips to the Brighton coast. I hadn’t heard Caroline on a real radio, over the airwaves, for the best part of 30 years; so it was a joyful trip home from Liverpool to Salford hearing Emily Play, Brass in Pocket and some lesser known but quality music on Carl England’s The Beat Goes On.

Of course, nowadays this type of music is far removed from the cutting edge, but the spirit of pirate radio continues, with today’s youth playing sounds that the dull commercial stations and BBC steer away from or have no idea of. I was tuned to free radio station Mixology, based in the Manchester area on  101.4 MHz at the weekend, and it’s stations like this and another Manchester station Buzz 88 that carry the future of free radio. Hand in hand are the long time established free radio stations such as Merseyland Alternative Radio and the shortwave pirates in the 48 metre band. 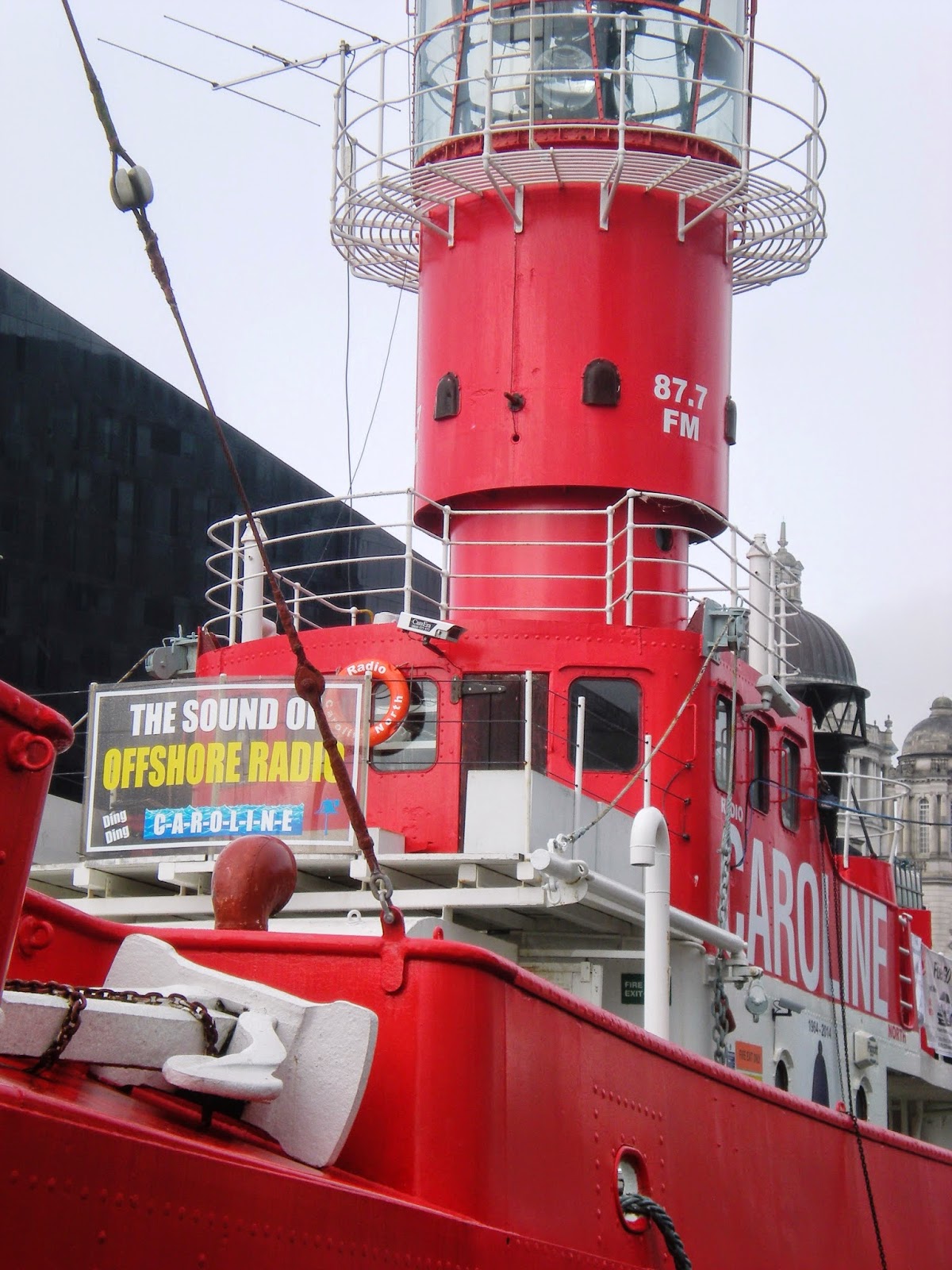 Those Caroline bods just don't care - this morning I heard them play a Jonathan King record! That would never get past the censors of the BBC. But I doubt anyone could be bothered to complain, loathsome though he is.

I don't know who the Irish guy on there is, I keep missing his name, but he's pretty good, I wonder if he was on Nova/Sunshine in the 80s, his voice sounds familiar.

Terry Lennaine is best known for punching smug Joey Boswell in the mush in Bread!