The joy of shortwave 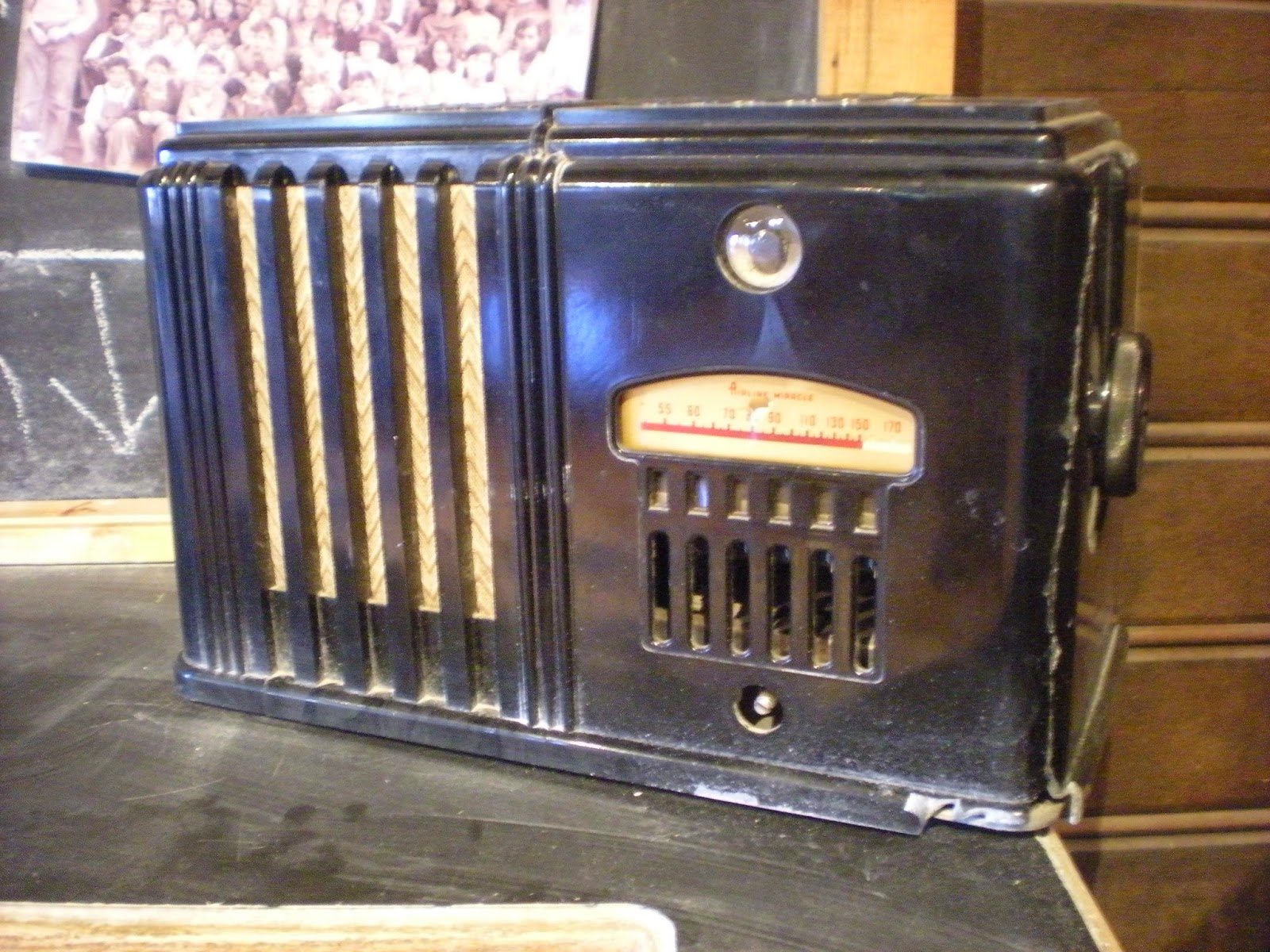 Extracts from my Broadcast Matters column, Radio User,  May 2014

Photo of a vintage radio at the Grand Canyon.

I appreciate the benefits of high tech life, such as my tiny Sony smartphone and its ability to read newspapers, emails, blogs and books from the palm of my hands. I can watch videos, tv, listen to radio and view the world through people’s instant photos (and add my own snapshots too) through Instagram. But I always also appreciate the charms and variety that my 30 year old Sony shortwave radio can deliver to me - and I can’t imagine that ever changing. Even a simple scan of the bands can still bring you a cacophony of international sounds and opinion. I was pondering over this thought in early spring as the B-13 schedules concluded.

Two half hour sessions, one in mid evening and another soon after dawn again illustrated to me the amazing array of information and entertainment that us DXers and shortwave listeners are privileged to hear. It’s a shame that so much of the world misses out on the experience of hearing voices and instruments from faraway lands. Even at shortwave’s peak in the 1970s and 1980s Jo and Joe Public were blissfully unaware of the delights on offer if they would only turn off the telly and its diet of dull soap operas and unfunny sitcoms.

Well, their loss is our gain. I started by catching up with the news from the Voice of Vietnam on 9730kHz. I am omitting the times I heard these stations as they all changed schedules on 30 March. It’s just to give a flavour of a typical session of shortwave listening. The Hanoi broadcaster seems unable to let a day pass without mention of the Vietnamese People’s Army and this time was no exception. Mention of a chairman of a political party hosting a banquet painted a vivid picture for me, and I was pleased to hear that for the first time Vietnam had attended the UN Human Rights Council in Geneva.

Deutsche Welle on 9800kHz was carrying updates and vox pops of the worrying situation in South Sudan where displaced people are hungry and in need of supplements and stability. An antidote to this depressing news came in the form of folk music from Radio Tirana. Sometimes I find it a little twee sounding but this time it was the style of folk that I like the most, haunting female vocals and melodies (akin to Le Mystère des Voix Bulgares - "The Mystery of Bulgarian Voices", that came to UK (and global) prominence on the crest of the World Music wave back in the late 1980s). The music put me in a relaxed state of mind and enabled me to enjoy the profile programme which featured two painters. One of these artists was renowned for painting more pictures of Albanian medieval hero Skanderbeg.  It seems to me that Skanderbeg is to Radio Tirana what the Vietnamese People’s Army is the Voice of Vietnam- ubiquitous.

Next on my dial was another station specialising in hero-worship- the Voice of Korea on 7570kHz. They were extolling the visit of a Russian delegation who had come to Pyongyang to celebrate the 65th anniversary of one organisation or another.

Radio Cairo offered some variety on 9900kHz although their eternal failure to modulate their signal correctly meant it was all but impossible to hear what the female presenter was saying, even although it was in English. My patience was rewarded however with some rather good music which sounded like a tango, Egyptian-style. The quirks of shortwave stations can throw up these unlikely aural combinations which are always rather special to my ears.  All of the stations so far had given a fair to good signal strength (that is to say a 3 or 4) and the next stop on my audio voyage came in with an excellent signal strength (a 5).

The General Overseas Service of All India Radio on 11670kHz gave a gripping talk on the celebration of language- with the speaker stating he felt it to be humankind’s greatest achievement. The very fact that I was hearing this on the radio seemed testament to the fact. It was a positive note to turn in for the night on.

Awaking early on a Saturday morning, with an hour to myself before heading off on a canal walk, I spent a happy half hour in the company of several continents, courtesy of my bedside radio. I started off with good old Radio Romania International, always a strong signal and often with a programme that is worth listening all the way through to the end. In today’s case the feature on Romanian-German relations wasn’t enough to keep me tuned to the full broadcast, although I did learn that Germany was Romania’s largest trading partner and that relations between the two nations were “as good as possible.”

From 21600kHz I tuned down to 15120KHz to join the Voice of Nigeria’s breakfast time show. It was concentrating on the booming local economy and banking sector too much to keep me interested. So skipping onto 15595kHz I heard the heavenly sounds of a choir, live from a church it seemed. A voice proclaiming in the long dead Latin language followed and it didn’t take a DXpert to identify this as a mass from Vatican Radio. I kept popping back to this in between other broadcasts as it was rather addictive in some ways.

But next I leapt several continents to find myself with the Saturday evening broadcast from Radio New Zealand International. It’s rather incongruous to be sharing someone’s Saturday night when you haven’t yet risen for Saturday breakfast, but it’s another example of what makes international broadcasting so appealing to me. The music request show included a 66th wedding anniversary request for a price by Handel and an 18th wedding anniversary request for some Van Morrison.

I then turned to Radio Australia on 15415kHz who were reaching half time in an Aussie Rules match where the defending champions Hawthorn Hawks were romping their way to a 48 point victory over Brisbane Lions. After a burst of ABC news I looked in on Radio Cuba Havana’s 6060kHz frequency. Their round up of South American news included an item about Bolivia and an election poll from Brazil. Finally, I was entranced by some enticing North African music interspersed with a news item in French, which I guess was RFI, on 17860kHz.

So there we have it, in my eyes a simple short session or two with a basic radio can give you so much enjoyment and entertainment as well as an eye opening glimpse of the world around us.

Thank you for an enjoyable journey through the dial. I agree whole-heartedly folks are missing out on the wonders of SWL.
Radio still amazes me after all these years, and I certainly do not want ever to be without it. Radio or TV? No contest - the TV would be out the door in an instant!
Thanks again for a wonderful piece!
Warm regards,
Robert AK3Q

Shortwave listening is, to me, the first and last in entertainment choice. No cable TV, with its 100's of same channels, comes anywhere close to the choice available from around the world. yes, sometimes the reception is not great, but to me that is all part of the appeal.
And I can get the views of the country itself, even if sometimes, like the North Korean broadcasts, they are somewhat militaristic!
regards
Charlie