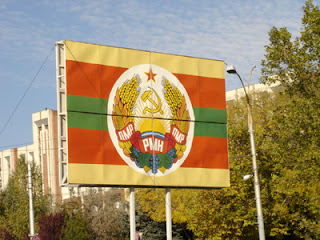 Schedules in this post are only valid until Saturday 24 March 2012.

A place rarely in the news in the UK is the region of Pridnestrovye, a breakaway region from Moldova.
Radio PMR is on 7290kHz for all its language broadcasts which include English at 1830, 2030 and 2230 UTC.  French, German and Russian can also be heard and it’s a good plan to tune to 7290kHz for a good airing of various music broadcasts from PMR too, between 1715 and 2300 UTC.
They no longer seem to announce an email address on air- I rather like this old school approach in some ways, though am not sure it will benefit the station. You can get in touch with the station by writing to Radio PMR, Rozy Lyuksemburg 10, MD-3300 Tiraspol, Moldova.

I think I caught a bit of the music on this station on a YouTube video I made last week. I am keen to listen in again and see what the spoken word content is like.