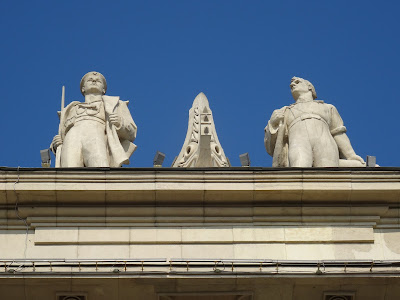 Extracts from one of my monthly columns in Radio User magazine, PW Publishing, Dec 2015 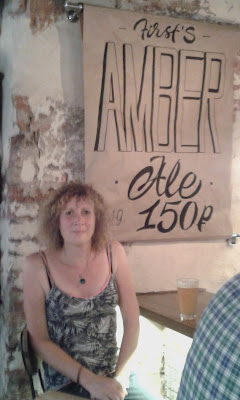 We all know that DXing offers the chance to listen to the world (even in these days of cuts and curtailed services there is still plenty to hear) but sometimes DXing can also provide opportunities to see the world as well. This is the case when you attend the European DX Council’s annual conferences. EDXC is an umbrella organisation of European wide DX clubs, with links to similar organisations on other continents. I attended 2014’s EDXC Conference in the south of France (see Radio User December 2015) and in 2015 the 48th conference took place, hosted by the St. Petersburg DX Club.

There is great camaraderie amongst the delegates and speakers, sharing our common love of all aspects of radio. The conference sessions are held at a leisurely pace without dominating the whole day so there is enough time for excursions laid on by the organisers. This year these included a visit to the home of the inventor of radio (according to many Russian sources): A.S. Popov’s apartment and laboratory at the St. Petersburg Electrotechnical University complete with interesting talks from two local experts, Larisa Zolotinkina and Mikhail Partala. 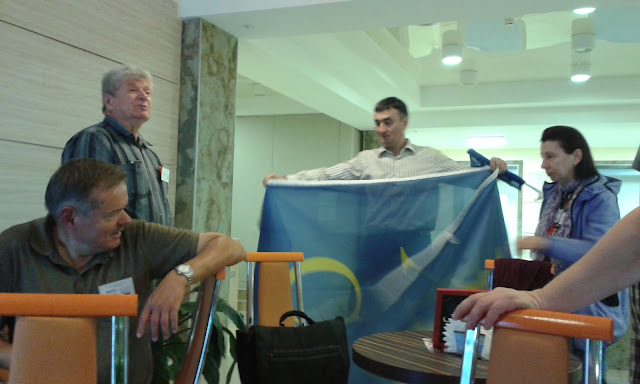 There were also trips to two local medium wave radio stations, one being a newcomer on the dial, Radio Bonch. It is named after Russian radio pioneer MA Bonch-Bruyevich. Housed in the St. Petersburg Bonch-Bruyevich State University of Telecommunications, the station made and aired a programme devoted to the EDXC conference, which went out on a loop on 1593kHz for several hours. EDXC Secretary General Kari Kivekäs was interviewed as were other delegates including the conference host, Alexander Beryozkin. 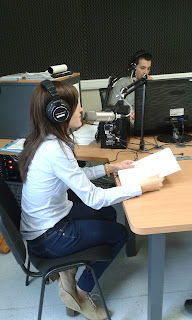 Russian Orthodox Christian radio station Pravoslavnoye Radio on 828kHz was the other station visited by conference delegates. It is one of just a few stations in the area that still use medium wave. The others include Radio Maria on 1053kHz and Radio Teos on 1089kHz. In what seems an unholy alliance, but one which appears to work, Pravoslavnoye Radio shares its studio and frequency with communist station Radiogazeta Slovo. 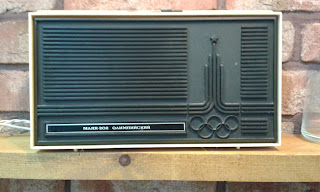 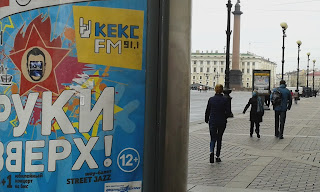 I experienced the latter in perfect conditions. Sitting on a sofa in the spacious hallway of St. Petersburg DX club member Omar Cheishvili I had a lovely view of their suburban garden in its autumn colours. I was surrounded by about 15 vintage Soviet radios, all lovingly restored by Omar. He tuned two of these, one at each end of the room, to 828kHz and I was regaled by powerful speeches broadcast live on Radiogazeta Slovo booming out with deep resonance. It was a full Soviet Union radio experience but without any of the discomfort or persecution. 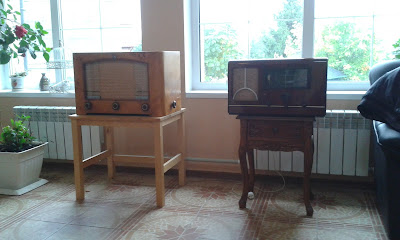 In the hotel I also heard most of the 35 or so FM stations in the city and will mention some of those in this month’s Radio Website column, so that you too can listen to them, albeit online rather than direct from a radio. Over breakfast one morning I was delighted to be interviewed for the Rhein-Main Radio Club (RMRC) by Dr Harald Gabler. This  formed part of a one hour broadcast in English about the conference, to be aired in December (they have done the same in previous years) followed by a special one hour broadcast in Russian, in cooperation with the St. Petersburg DX Club, targeted to Russia and the Far East. Keep an eye on the Rhein-Maine Radio Club website http://www.rmrc.de and http://swldxbulgaria.blogspot.co.uk/ for details.

The EDXC conference sessions themselves were also a real treat. Presentations included Andrey Fyodorov talking about shortwave broadcasts in Russian. Before World War II there were almost no Russian radio broadcasts at a time when the Third Reich aired 31 languages. Interestingly the BBC, who began broadcasts to the USSR in 1942, were not popular to begin with as they were perceived by Russian audiences to sound unfriendly. By the 1950s specialist programmes in Russian included those targeting youth with music and some aimed at a female-only audience. In the 1970s there was a battle of the airwaves with Chile, when General Pinochet’s Voice of Chile aired in Russian via a powerful transmission network. 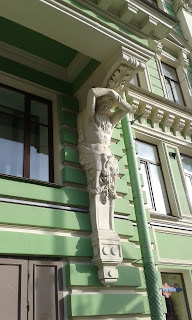 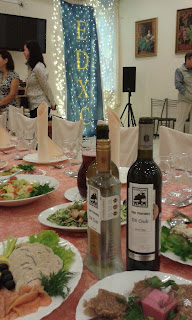 Nearer to home there was an agreement between the USSR and its eastern European satellite countries that no shortwave transmissions were to beamed by the latter to its big brother. However, once a month the eastern European stations were permitted to send programmes to Moscow to be broadcast directly from the Soviet capital. Romanian resisted this and stared broadcasting in Russian in 1975 under the dictator Ceausescu’s direction. In the 1980s other cracks in the agreement had appeared, with radio stations in Prague, Warsaw and Budapest all transmitting Russian to the USSR. By this time Russian language services on shortwave were commonplace from many international broadcasters including two who remain on shortwave today, namely the state broadcasters of Turkey and Korea.

There were interesting discussions and debates after many of the presentations and I empathise with Mikhail Nevolin when he stated that music radio will die out before talk radio, as that provides the more popular shows. Mikhail, of the St Petersburg DX Club and also the city's Naval Academy, also gave a presentation on Christian radio stations in St Petersburg. Other talks included Victor Rezunkov from Radio Liberty talking about transmitting pirate radio stations back in the 1970s, with the engaging title of “Radio hooligans of the 1970s in a USSR province: a sip of freedom”.


Technical topics were also on the agenda with talks by Alexander Gromov on “Modern SDR techniques in amateur radio and DXing” and “Receiving antenna: electric or magnetic?” by Dr Anatoly Bobkov. There were also presentations from Alexander Beryozkin on his experiences of radio while holidaying on the Costa del Sol and Harald Gabler spoke of his DXing home on the Portuguese Algarve coast, which is available for DXers to rent at a very reasonable rate. Risto Vähäkainu gave a good overview of DXing in Finland today, which also touched on the past. I was fascinated to learn that Finnish composer Sibelius was an early DXer who listened to German stations in the 1920s and 30s. Over 70 countries have been logged on FM in Finland, quite an achievement, and when you put that alongside the 3,000 medium wave stations from North America which have been heard (2,100 of which have been verified) you realise why Finland still has such a thriving DX community.

There was good news from Alexander Beryozkin who announced that the Russian government has plans to resume shortwave broadcasts in 2016, probably funded from the Russian Ministry of Defence. This could include the Voice of Russia. Perhaps the most defiant quote of the conference also came from Alexander: “Radio will never die and DXing will never die!”

Every EDXC conference has an elegant evening banquet which seemed even more convivial this year, undoubtedly due to the excellent company, good food and wine and the many vodka-fuelled toasts. Each delegate rose in turn to tell their own radio story and how they became involved in the hobby and the evening flew by. Part of my own tale, translated expertly by the much called upon Alexander Smulsky, was from my days at the BBC World Service Information Centre and Shop in Bush House. It concerned a Norwegian lady who came in one day having missed the end of play on the radio due to the vagaries of shortwave propagation. I tracked down the script from the drama department, she sat and read the play right through and then announced she didn’t understand the ending anyway!

The day after the banquet there was another fabulous feast which lasted from about 1pm to 8pm at the home of Omar Cheishvili and Svetlana Kuzmina. We experienced their generous Georgian hospitality and also got to see the St. Petersburg DX Club's new headquarters which is being built in the house. Along with talk of radio and much more besides we also heard more about Omar’s passion of collecting Soviet and Russian vintage broadcasting receivers.

I left a little of my heart in St Petersburg but returned with a winter’s worth of memories - this wonderful city has so many museums and galleries, palaces and churches, impressive statues and 300 years of eventful history. Although tempted by the 19th century art I was more drawn to 20th Century history and the World War II siege of Leningrad. I was also fascinated by the legacy of the Soviet past, visiting a museum on the subject (The State Museum of Political History of Russia) plus the A.S. Popov Central Museum of Communications packed with vintage radios and some lovely old post boxes too.

Dotted around the city some statues of Marx, Engels and Lenin still remain. Although Lenin died just as radio broadcasting was taking off, he could see its power and potential. He followed closely the work of the aforementioned Bonch-Bruyevich and wanted a radio network to be implemented with some urgency, writing that “the newspaper without paper and without distances that you are creating will be a great thing”. He lived to hear some of his own speeches broadcast on Russian radio in 1922. 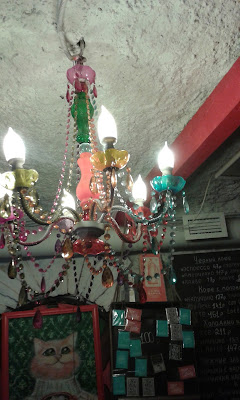 Back to modern day St Petersburg and added to all of the above were some cool cafes (Café Singer and Bolshe Kofe) and bars (Brew Craft Café) and some great vegetarian restaurants (Café Ukrop and Botanika) so you can see why I had a great time. Fortunately there is not enough space to tell you in detail about the night I was partying until dawn with a Finn, four Russian DXers and a bottle of cognac…

Flights from the UK are reasonable (Manchester to St Petersburg via Frankfurt was £200 return, plus you need a visa) and a hotel such as the Hotel Russ is only around 40 Euros a night. Next September (9-12) the EDXC Conference is going to head west. To Manchester in fact where I would be the local organiser on behalf of the British DX Club. I will keep you informed of developments on that one, dear readers. 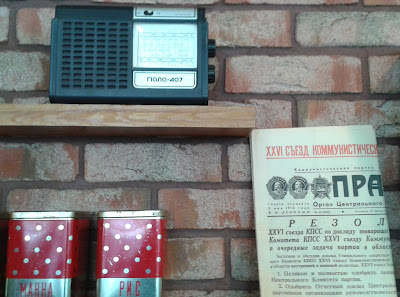