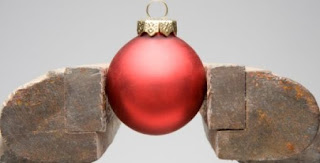 If it is not easy to escape to the shortwave sets in your radio shack, the chances are that you will have a medium wave radio in the kitchen. Some of my most treasured winter DXing and programme listening has come from evenings spent in the warmth of the kitchen, whilst baking Christmas goodies, writing cards and wrapping presents.

On medium wave it is a treat to hear carols, concerts and other music from around Europe, as well as being very satisfying to be picking up broadcast aimed at a more localised audience. Conditions are best after dark and many an hour can be spent enjoying sounds such as Radio Slovenia from Beli Kriz on 1170 kHz, which includes soothing gospel music in Slovene. VRT Belgium on 1512 kHz is an easier catch. 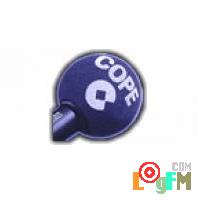 Deutschlandfunk on 1269 kHz and also 153 long wave has a powerful signal and can capture the essence of the Christmas markets in Germany (you can almost taste the gluhwein), as does Sudwest Rundfunk from Wolfsheim on 1017 kHz, as well as 6030 and 7265 kHz shortwave. Radio Sweden’s medium wave outlet on 1179 kHz supplements their shortwave output in several languages and with Scandinavian music.
For a Spanish twist on the season COPE (1269 kHz) and SER (1026 and 1287 kHz) are amongst the easily heard Iberian stations. And don’t forget French festivities too, by turning that dial to 864 or 1278 kHz for France Bleu in Strasbourg (amongst many other French delights to be heard). Finally, the American Forces Network in Weisskirchen Germany on 873 kHz is likely to be broadcasting lots of goodwill messages, leastways to its troops based in Europe.
- December 20, 2010